Having a child in college is one way for me to stay attuned to popular culture. You can absorb quite a lot by simply paying attention while on campus. For example, on the last several visits I’ve heard the song “Demons,” by Imagine Dragons, being piped into various venues. Given the biblical language of the song, I wondered about its origins, but, like many a distracted parent, had too much on my mind to pursue it. Well, on a recent visit, the song got stuck in my head. Partially this was because during an a cappella concert the Christian group did a cover of the song. This sent me to the internet—the only place where information on contemporary culture is instantly at your fingertips—to do a bit of poking around. Secular groups, after all, frequently use biblical references unnoticed.

When I learned that two members of Imagine Dragons were from Brigham Young University, I just had to know if they were Mormons. From what I’d seen of concert photos, white shirts and ties were rather conspicuous by their absence. Indeed, it turns out, according to the web, that the group does have some LDS in its bloodstream. I’m not so naive as to think that being of a particular religious background makes rockers religious. The debates raged in college over whether U2 was a Christian group because some of them were Catholics. I don’t recall seeing any crucifixes on the album art. This is all especially intriguing because Christianity and rock-n-roll are considered by many to be natural enemies. The origins of rock in the sexually suggestive blues had many 1950’s parents quite worried.

Religion changes, however, once you get away from the parents. I’ve known Mormons that I couldn’t identify as such until they told me. I’ve known Catholics about which I still harbor doubts. Religious affiliation is sometimes purely cultural. That won’t prevent you from being excluded from consideration for a teaching position at any of their schools, however. Scholars of religion can be the greatest believers of fiction to be found. Still, I have to admit to myself that the song “Demons” does keep me coming back. I wonder if the Christian group performing the song was aware of its Mormon tinge, or if they even cared. Sometimes theology can be had for a song. 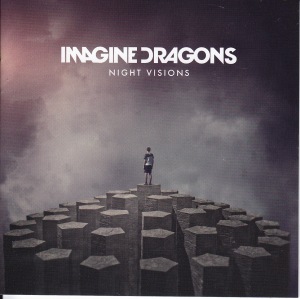