Please pardon my being sentimental, but today marks one decade of blogging on Sects and Violence in the Ancient World.  I realized, thinking this over, that I used to make some interesting, perhaps even quotable statements back then.  Why not, I thought, farm those older posts to celebrate what I was thinking when I was a tenth-of-a-century younger?  So for today’s post, I’m presenting some quotable quotes from July 2009, starting with one of the zingers from my very first post.  For convenience, I’ve even provided the links to the posts so you can see them in context, if your July has somehow not filled itself up already.

Sects and Violence in the Ancient World, by the way, was the name given when one of my nieces thrust a recorder in my face and asked me what I would call a blog, if I had one.  She subsequently set this site up for me.  One aspect of the title may not have been evident: it’s a quasi-anagram for my initials.  It has been, from the beginning, mostly metaphorical.  Without further ado, then, a few of my favorite lines from a decade long gone:

“He had a sidekick called Cypher (sold separately), and arch-enemies with such names as Primordious Drool and Wacky Protestor. I marveled at the missed opportunity here — they could have called them Text Critic and Doctor Mentary Hypothesis!” First post: Bible Guy, July 12, 2009. <https://steveawiggins.com/2009/07/12/bible-guy/>

“When he [Aqhat] refuses to release it to the goddess he is unfortunately pecked to death in a hitchcockian demise by a swarm of buzzards with attitudes.” Sects and Violence, July 15, 2009 <https://steveawiggins.com/2009/07/15/sects-and-violence/>

“Indeed, one may think of them [religion and monsters] as fellow ventricles in the anatomy of fear.” Vampires, Mummies and the Holy Ghost, July 16, 2009 <https://steveawiggins.com/2009/07/16/vampires-mummies-and-the-holy-ghost/>

“As the gods are drinking themselves senseless (how else can the latest Bush administration be explained?)…” Drunken Moonshine, July 20, 2009 <https://steveawiggins.com/2009/07/20/drunken-moonshine/>

“A bonobo was recently documented as uttering the word ‘yes’ to a keeper’s question, officially making her more articulate than some clergy I’ve known. Even today there are churches that still call their leaders Primates!” Religious Origins, July 23, 2009 <https://steveawiggins.com/2009/07/23/religious-origins/>

Where do you suppose we’ll be a decade from now? 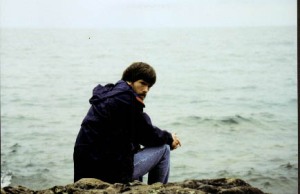 One thought on “A Decade”