The story of Frankenstein has many unexpected twists and turns.  I’m currently reading a book about the writing of the novel—something I’ve done a number of times before.  There was an aspect of this story that hadn’t really caught my attention too much, but then, circumstances changed.  Suddenly old information became new.  It all started with a missed opportunity from childhood.

It was a real puzzle.  Although my grandmother lived with us her last years, I never knew the name of her mother.  There had been hints.  My grandfather’s book with birthdays in it listed the first name, so I had a Christian moniker and birthdate only.  She’d died young, I knew, somewhere in the Washington, DC area.  This had been the state of my knowledge for many years.  My grandmother died before I was a teen, and before I took any interest in the family story.  I knew her heritage was Germanic, her father having been a first-generation American.

So young Mary Shelley (technically Godwin) was on a tour of Europe with her lover Percy.  Although they both came from distinguished backgrounds, they were cash poor.  Running out of money they made their way back to England as cheaply as they could.  They passed near Castle Frankenstein along the way, although there is no record that they actually visited it.  The name seems to have stuck, as does the story that they potentially learned about a mad scientist who’d lived in that castle.  This scientist was a theologian who dabbled in alchemy and experiments with dead bodies.  I know what you’re thinking—it’s like a puzzle piece we desperately want to go in this place but its fit’s ambiguous.  We’re not sure how much of this Mary Shelley knew.  The alchemist’s name was Johann Konrad Dippel.  I’d read about him before. 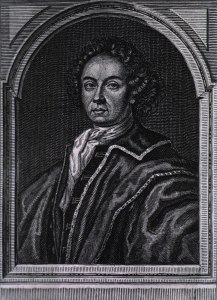 I’d spent nearly an entire summer some years back working on my grandmother’s family, finding little.  Just two years ago I did a casual search on “Find a Grave,” and to my surprise, I found my great-grandfather.  I knew it was him because his second wife’s name matched information from all the family records.  The cemetery record, in Maryland rather than DC, had his first wife’s name.  It was that easy.  After decades of searching, a few keystrokes revealed the mystery.  When it also listed her parents, the significance of her mother’s maiden name—Dippel—escaped me.  Now I have no way of knowing if this is the same Dippel family of Castle Frankenstein, but it put flesh on the bones of my long-standing interest in monsters.  Seeking them out may be the same as learning family secrets.  Perhaps it always is.