Full sentences.  They’re underrated.  If, like me, you receive many tersely-worded emails—an inevitable result of the txt generation—you make know that disoriented feeling of not knowing what’s being said.  Sure, in caveman grunt style, you get the gist, but what of the tone, the context, or the art of polite human conversation?  Some colleagues think me quaint for beginning each email with a greeting, followed by a body, and a closing.  I try to articulate the purpose of my communication using full sentences, often explaining why I’m asking.  Sometimes I ask questions.  Sometimes multiple questions.  When I get an answer answer stating just “Yes” am I to assume that’s to all of the questions?  What if one of them didn’t accept a “yes or no” answer?

Scientists often suggest that it’s our ability to communicate vocally that set us on a different evolutionary track from other animals.  Our large brains, we’re told, were to accommodate the complexities of speech and the abstract thought that followed it.  Seems a pity that now that we communicate constantly we seem to have lost the ability.  Well, not so much lost it as have allowed ourselves to be completely distracted.  I get busyness.  There are times when new emails arrive every few seconds and everyone wants an answer.  At those times I try to envision the half glasses and green eyeshades of a telegraph operator.  Dots and dashes and a good deal of waiting and still business got done.  And I wonder what this cryptic email before me, not even a full sentence, was meant to convey.

Cave-dwellers, I imagine, had some pretty vital information to communicate.  Things like, “I just saw a cave-bear go in there, I’d avoid that place if I were you,” or “Do you think that saber-tooth cat looks hungry?”  The more precision they could put on their grunts the better advantage they would have.  Syntax wasn’t invented for the fun of it.  And yet, here we are.  No time.  Full sentences might serve to avoid confusion and mistakes.  None of us would have these jobs had we not the ability to communicate.  Would you apply for a job using anything less than full sentences?  In our rush to be more efficient we create situations where more information will be required further down the line.  A pity.  If we’d only take the time.  You know.

Perhaps you’ve encountered it too. You’re in a major city. You’re in a hurry. The person in front of you is plodding along, staring at the device in his or her hand and you can’t get around him or her. You’re being held up by technology. I just want to get to the Port Authority before my bus leaves. The late Jonathan Z. Smith called cell phones “an absolute abomination.” I wouldn’t go quite that far—my bus pass, after all, is on my phone, and I’ve been saved from embarrassing conversations on the desk phone in my cubicle by being able to walk away and find a quiet corner in a corridor where I can talk freely—but I do see his point. While technology has had many benefits, in real life it can slow you down.

A news source I recently read said that heavy smart phone users are more prone to psychological problems than, say, those people who live raw in the bush of southern Africa. Phones isolate as well as connect. Instead of asking somebody for directions, you can turn to your monotoned electronic friend and find out. What you lose is the nuance of human communication. On my first interview in New York City—I was still living in Wisconsin at the time—I was disoriented. Which way was Fifth Avenue? I asked a stranger on the street and learned something in the process. New Yorkers weren’t the rude people I’d been told to expect. In fact, I quite frequently see strangers asking others for directions. I’ve never seen someone refuse to help in those circumstances. Although I’m in a hurry if someone asks me “which direction is Penn Station?” I’ll stop and try to help. It’s a people thing.

One of the distorting lenses of a large city is the acceleration of time. Many of us depend on public transit in its many forms, and none of it is terribly reliable. Being late through no fault of your own is part of the territory in a city like New York. It’s become harder to stay on time because of smartphones, however. A few years back I saw it with the Pokémon Go release. Groups of phoners wandering around, slowing the flow of foot traffic on sidewalks that are somehow never wide enough. If only I could communicate with people! How does one do that when they’re riveted to the device in their hand? I wouldn’t say they’re an absolute abomination, but I agree with the dear departed Smith that there are hidden costs to being so connected that we can’t talk to one another. I would say more, but I think my phone’s ringing. 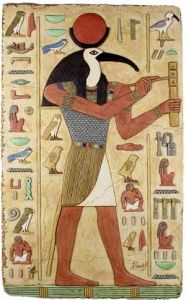 Futility is a specialization of those of us who consider ourselves fans of Ecclesiastes. Thus it is that the blog of an editor gets so little attention among academics. Since you’ve been kind enough to drop in, I’m going to share some secrets with you. Make sure the door is closed. Ready? I want to talk about academic publishing. If you, like me, have written academic monographs, you’ve probably figured out that we aren’t famous yet. What’s going on here? What happened to the day when “I wrote a book” meant something? Like all organisms, academic publishing evolves. Many academics want to write for a wider audience, but sometimes miss the bigger picture. Here are some tips to help out:

If you want to write for non-academics get to know some. A good first step is ditching the jargon. “Prosopography” wasn’t on many people’s SAT vocabulary flash cards. Even if you know how to use a thesaurus to find an archaic synonym to use, don’t assume your reader will do the same. Try reading a novel once in a while. They can teach academics quite a bit about how to communicate. Learning to speak the vernacular is only part of the battle, though. The larger part is learning what is of interest outside the academy. Some things, such as Ecclesiastes, aren’t. Oh, I know, I know! Five years of your life spent on some obscure topic should be worth publication. It probably is. A handful of people will read it (print run numbers would only make you weep). If you want to reach a wider readership, you have to go where people actually live. What’s of interest to them? Hoi polloi. They won’t bite. To write for a wider readership you need to learn what people find interesting and what they simply don’t.

An editor can be your friend here. You see, editors are measured by how well their books sell. We can usually tell at a glance if a topic is in the “less than 200 copy” camp or not. I know that you were taught in your doctoral program to find some abstruse subject never before addressed and research it from every possible angle. Write up your results and publish. A far better way to write for a wider readership is to begin a conversation with your editor. Are you thinking of a book on a specific topic? An editor can tell you if it’s likely to work or not. The idea of writing the book your colleagues said would be hot and then finding a publisher seldom works to everyone’s satisfaction. It’s all about communication. And you, dear readers, now know something most professors don’t.