Looks like America will be divorcing the self-proclaimed “Defense” of Marriage Act. It’s a small step, but a small step in the right direction. Religious dogma has too long held sway over politics in this land of religious freedom. It must seem astonishing to rational people the world over how a country founded for the very purposes of religious liberty has homed in on a very narrow sect of one religious tradition and used that as the basis for discriminatory laws. After all, even the Bible says very little about marriage—something about taking your main squeeze into the tent with you and voila, you’re married. The Bible never asks what they’re doing in the privacy of their own tabernacle. Now we have a political system that legislates what can legitimately turn you on. Finally we see some light beginning to dawn in the judiciary system.

I don’t take marriage lightly; those of us who are married seldom do. I also don’t take my status as being the only possible way of finding love in a world that sorely needs more of it. Every day I witness acts of uncaring and sometimes outright cruelty, often in the name of the progress of business. And until yesterday I had to live with the knowledge that it was perfectly legal to discriminate against committed couples just because their gender’s don’t fit a preconceived mold. The land of the free? Maybe, just a little bit yes, now.

Our legal system, which pours out its love on corporate culture, protecting business owners more readily than employees, shielding the wealthy whose lifestyles are beyond scrutiny, ends up telling citizens whom they may love and whom they may not. And we complain against countries with arranged marriages. Freedom for some is not freedom for all. Until we as a nation recommit ourselves to life, liberty, and the pursuit of happiness, we’ll have to take the small steps towards freedom when they come. Yesterday, for at least a little while, I was glad to see that the system can work for the good of all, when it puts its mind to it. America, you can be proud. Say it loud! 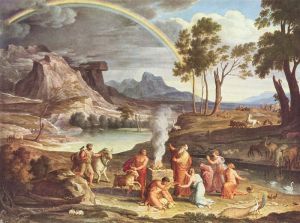 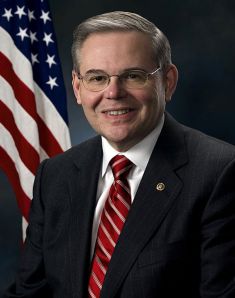 Every great once in a while a politician makes a statement consonant with the principles of the nation. Over the weekend Robert Menendez, one of New Jersey’s U.S. senators, make a public announcement of his support for the Respect for Marriage Act. Admitting that 15 years ago he voted for the Defense of Marriage Act, which would not recognize homosexual unions, Menendez has searched his conscience (a rare commodity among elected officials) and has come to realize this “Defense” Act for what it is: legislated immorality. It is immoral for a government to deny rights to committed couples based on the gender of either party. Gender is a social construct that may or may not align with sex—even the concept of two completely distinct sexes is now seriously questioned by biologists. The old measuring rod of ability to procreate together just does not match reality: infertile couples are granted the same rights as other married couples, so why not same “gender” couples? As Americans we often like to vote without thinking too deeply about the topic.

The value of procreation is obvious. Birds do it. Bees do it. Even educated fleas do it. (Cole Porter knew what he was writing about.) When did we become so fixated on this one aspect of sexuality that we let it become the sole purpose of sexual behavior? Many religions recognize sexuality for what it is, a form of human interaction. The end result may be a new child, but it is not so as the result of the vast majority of couplings. Christianity (in some quarters) early on took a dim view of sex, and soon began to relegate it to procreational necessity only. Even then you were supposed to try hard not to enjoy it. The Catholic Church even relegates the biblical siblings of Jesus to the role of step-siblings; children of Joseph from a prior marriage, despite what the Bible says. Such distortion of nature could only come at the interference of religion. And as long as we’re busy regulating sex, let’s add a few statements about the only appropriate outlets for that committed relationship. Never mind who gets hurt. It’s all gonna burn.

I, for one, salute Senator Menendez for his willingness to open his mind. Too often the “government for the people” is excised from Lincoln’s Gettysburg address. When did we the people pass to the government the right to decide whom we might love? The agenda set by the Religious Right is religious wrong, and too many tax-paying citizens are the heirs of its paranoia. It is time the government began serving the entire electorate rather than just the Southern Baptists and their friends. Nobody is attempting to regulate their sex lives, as Ted Haggard, Jimmy Swaggart, and Newt Gingrich will gladly attest. Keeping the zipper firmly up is not the strong suit of televangelists or politicians. If we’re going to have double standards here, let’s at least open the game to same-sex marriages. Those who feel threatened by the fair treatment of others need to gaze long in the mirror and ask why.