So we find ourselves needing to clean up again.  Maybe you’ve noticed it too.  Since the second wave of the Covid-19 outbreak has wiped across the nation toilet paper has once again become a hot commodity.  Not finding a single roll in Target, I decided to test the waters on Amazon.  Sure enough, many brands are now listed as “out of stock.”  Could it be a coincidence that Trump will be leaving office and we need a lot of toilet paper right now?  Inquiring minds want to know!  Capitalism is like that.  Supply (or lack thereof) and demand.  Instead of making sure people have access to the basic necessities, we would rather have panicky citizens with soiled underwear looking for leadership where none exists.  And voting for lack of leadership yet again.  Flush!

Still, you’ve got to wonder—why toilet paper?  What is it about thin paper on a roll that presses the fear factor?  If people can know to avoid embarrassing smells, why haven’t they plugged their noses when the breeze blows across Pennsylvania Avenue?  Logic fails here.  Have we educated a nation to fear for their backsides but not to see clear and president danger in front of them?  Now that we’re nearing two weeks since the results were announced, we have had nothing but pouting from the Oval Office.  That, and drilling in the Arctic Wildlife Refuge.  Seems like we’ve got to be dirtying the world somehow.  We could use some toilet paper.  Maybe America needs more fiber in its diet.

Those who still support Trump don’t seem to realize that his response (or lack thereof) is the main reason a quarter-million people have died in this country and the virus is completely out of control.  I guess it’s that way with messianic figures.  Ironically the Bible (printed on thin paper itself) warns of someone who acts messianic while lying all the time.  He’s called the Antichrist.  You can tell him because just about everything Jesus did, he does the opposite.  Welcome the foreigner?  Feed the hungry?  Heal the sick?  Talk about God and how to deepen your relationship with the divine all the time?  Have you got any boxes checked yet?  Or are you waiting for the Charmin supply truck to go rolling on by?  Perhaps it’s time to invest in paper.  We print our money on it and hope somehow it will save us. 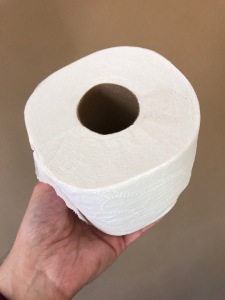 It’s a dilemma.  How do we celebrate Mother’s Day during a lockdown?  The COVID-19 pandemic has changed a lot of things.  Given that it was snowing around here yesterday (not to be blamed on the virus), even May doesn’t seem very cooperative this year.  On Friday night I made an emergency trip to Target for essentials.  One of my ulterior motives was to purchase a Mother’s Day card for my wife.  Given the lack of social distancing at the card rack, I wasn’t the only one who had this in mind.  The remainder of the store had shelves of daily necessities picked clean.  How to celebrate moms during a pandemic?  I guess by trying to stay alive.

Those of us far from childhood homes can’t visit our mothers.  Even if we could we couldn’t take them out for dinner.  If we send flowers we can’t send gloves to protect their fingers—the stores are out of those.  If we send flowers to plant we have to send plastic to cover them too, having had four nights with freeze warnings in a row.  Talking to my Mom yesterday she recollected the year that it snowed on Memorial Day.  I shouldn’t complain.  Mom would rather I didn’t.

Perhaps the best we can do for Mother’s Day is to start treating all women better.  One commemorative day a year doesn’t make up for a lifetime of second-class citizenship.  Our mothers are the reason all of us are here.  Isn’t that reason enough to see we’re all part of a single family?  Women put up with a lot to take care of us.  Even so we deny them an amendment granting them equal rights.  Politicians are saying “Happy Mother’s Day” even as they continue to withhold basic human rights from women.  We could celebrate Mother’s Day by putting our sentiments into action, transforming daily life into equal pay and equal protections.

Time, especially weekend time, is a non-renewable resource.  Since I barely have enough time as it is, I do my best not to squander it.  Yesterday we had to visit our local Target—we don’t buy at WalMart because there’s an ethics even to shopping these days.  When we got inside it was obvious that a lot of people had the same idea.  I’d never seen Target so crowded, and I’ve been in one on a Christmas Eve.  We had only a small basket of purchases, so before long we headed for the checkout and saw an enormous line.  Not being afraid of tech, we went toward the self-checkout and found that line long as well.  Long and not moving.

Soon it became clear that all the registers were down.  Store employees were handing out free bottled water and snacks, like airports used to do with cancelled flights.  We were in for a good long wait.  When we finally reached the register, which had started to come back online, the manager was helping those trying self-checkout.  Since the system was still not really functioning, you could check out one item at a time—after several tries, each time requiring the manager to enter his pass-code—and pay for it and restart the process for the next item.  We asked about the outage.  He said it was global, all Target stores were down.  “You’ll have a story to tell,” he said.  My mind was actually going toward technology and its limitations.  How much we rely on it.  Without tech this blog would not be.  A lot of famous people would be unknown.  How would we find our way from point A to point B?  Or look up a phone number?

The internet is beguiling in its ubiquity.  We use it almost constantly and it’s always there for us.  So we’ve come to believe.  In addition to spreading the tissue of lies that is the Trump administration’s agenda of using post-truth as a means of power, it must be supported by a whole host of experts—those 45 routinely dismisses as irrelevant.  Clouds were gathering outside, and I had a lawn yet to mow before the day was out.  Indeed, my wife and I had intended this to be a quick trip because weekends and sunshine are a rare mix.  As we bagged our six items and thanked the manager, we could see the line still snaking the length of the store.  Had we more time we might’ve come back another day.  Instead, we had briefly fallen victim to something that an old-time punch register might’ve solved.  And a time when the pace of life itself was just a bit slower.