One of the many quirky things I experienced in my teaching days at Nashotah House was the fascination of theological students with the (then current) Jimmy Buffett hit “Vampires, Mummies and the Holy Ghost.” Not really a Buffett fan (I must confess, however, to being strangely touched by “Margaritaville” although I’ve never had a margarita and I’ve never been to Mexico) I was nevertheless intrigued by this juxtaposition. One student confessed to being a vampire-novelist wannabe. The vampiristic connection with the Eucharist was kindergarten, but there was a more ancient tale hidden here.

With a career crashing down around me, I found myself habitually watching horror movies — something I hadn’t done since my own seminary days. One bleary-eyed morning it struck me how our nightmare-zone creatures are religious in origin. Vampires can be traced back to ancient Sumerian mythology. Mummies? Ancient Egyptian burial practice to preserve a body for the afterlife. Ghosts, apart from finding a feared spot in most cultures, are attested in the Hebrew Bible and even earlier. They are, of course, from the supernatural realm. Werewolves are a branch of the lunar worship tree, again an ancient form of religion. Even Frankenstein’s monster toys with the account of Adam’s creation, although Mary Wollstonecraft Shelley associated him with the Greek mythological figure of Prometheus. While Godzilla (apart from his apparently theophoric name) may fall outside this scheme, most of our nightmare creatures are ancient kin of the gods. 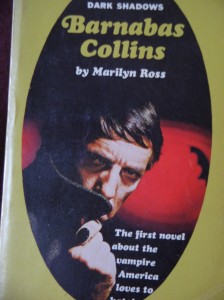 At a professional conference last year I found and purchased a book entitled Sacred Terror: Religion and Horror on the Silver Screen, by Douglas Cowan (Baylor, 2008). Given my renewed penchant for fright flicks, I was intrigued by Cowan’s contention that religion lies at the heart of horror. Indeed, one may think of them as fellow ventricles in the anatomy of fear. Perhaps ancient religionists were on to something when one of them penned “the Lord taketh pleasure in them that fear him” (Ps 147.11). Religion may be a response to fear, or to a world that for us has become natural and upon which we wish to project a human (or divine) face.

2 thoughts on “Vampires, Mummies and the Holy Ghost”