Vows apparently mean nothing anymore.  I suppose that’s what happens when you begin your administration with “alternative facts” and keep it up for four years.  When you vow to uphold the Constitution—hand on the Bible—that means you’ll play by the rules.  Instead we find ourselves with a bad case of constitutional constipation and we all know that we need a national enema.  It has been a week now since it’s been mathematically impossible for Trump to win the electoral college.  Yet even his evangelical followers can’t seem to recall that hand on the Bible, that promise to obey.  Apparently it’s okay to lie before God, if you think like we do.  If you don’t want to have conversation but want to talk at others and say you’re right.  It saddens me that so many Americans simply don’t care what the majority clearly wants.

This is especially the case because Trump is being treated as some messianic figure.  An overweight, womanizing, pathologically lying Jesus.  And people are saying, “Yes, that’s what the Bible tells us is good, and right, and just.”  Those who are settled in good paying jobs—people of my generation—have been beneficiaries of the systems of education and government programs that the Trump administration has spent four years dismantling.  And they have the audacity to call themselves Christian while their lives are saying “I got mine, I don’t care about anybody else.”  And they’re the ones who wore WWJD paraphernalia just a couple decades ago.  WHCB?  What Has Christianity Become? 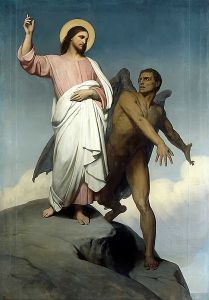 Many of us (the excluded majority, in fact—Trump won the 2016 election while losing the popular vote) knew the greatest danger would be that he would be “normalized.”  This would all come to be seen as the normal course of politics.  People from Trump’s own family have gone on record that his run for office was a publicity stunt meant to drum up business for his failing empire.  And those who acted/wrote/supposed that he had any “plan” or “strategy” at all were simply failing to see a career grifter fleecing the country while playing golf and having his “fixers” do the work.  Until he one-by-one threw them under the bus.  This was all done in the public eye and yet his followers think he really has the best interests of this country at heart.  He has torn countless families apart, and not just at the border.  And now that he’s been defeated he keeps the charade going while his followers bow down and worship.  Excuse me, but I think I need to use the restroom.

One thought on “Constipated Democracy”