An article on science reporting on the BBC has me thinking about truth. Again. Truth is, of course, a philosophical concept. What it means is a matter of debate, and always has been. The way that it’s used, however, is reflected in the debate-oriented situation in the story. According to IFL Science’s Lisa Winter, the BBC has been tasked with tightening up its science programs to avoid the dilemma posed by the “two sides to every story approach.” While not denying that debate is the lifeblood of science, assessing the strength of the debate is essential. For example, there is a true scientific consensus about global warming. Those who deny it are generally backed by either corporate or religious causes that motivate them to claim the truth lies elsewhere. Truth is a very slippery term. And anybody can use it and claim it. In philosophy there’s no answer key in the back of the book. 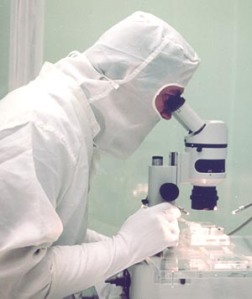 Science, which I’ve admired from my earliest years, has a really, really strong track record of describing the physical universe accurately. Truly enormous paradigm shifts are rare in science and must be accompanied by stringent evidence. Sometimes critics grow frustrated at the slowness of science to accept something that seems obvious, but scientific thinking is nothing if not careful. Enter religion. The claims of most religions lay far beyond the reach of science. And yet, religion too has a really, really good track record—not of describing the physical universe (at which it often does abysmally poorly), but of providing meaning to human lives. Scientists have actually studied this. Religion, like it or not, does help. When it makes a claim on truth, however, a religion often comes into conflict with science. And the problem is that policies based on faulty scientific outlooks can have catastrophic consequences.

So what is truth? If we define it as what really, physically describes the material universe, science is onto it. In fact, science has the best chance of giving us an intellectually honest answer. If we define truth as what a certain deity declared law about a particular aspect of human life, science can’t help. Science doesn’t concern itself with gods or their putative decrees. Religion, however, does. And a vast part of the population votes for leadership based on religious beliefs rather than on scientific principles. And most have not taken too many classes in philosophy. In a democracy we both benefit and suffer under the weight of public opinion. And right now, it seems, public opinion considers philosophy as waste of time and would prefer the truth shrink-wrapped and ready for easy consumption.

Demons are among the earliest of supernatural creatures. Although sources can be spotty, they appear in the first advanced civilization known, that of the Sumerians. Even with their technology and scientific sense, early people still knew that demons had great explanatory value. Why did things sometimes utterly fall part? Why did some people act so weird? Why did the good will of the gods not always shine through? Demons, while not exactly tricksters, are the demoted gods who cause problems. They also harbor possibilities too, if an article sent by a helpful relative is anything to go by. According to the BBC, a trio of styled and battle-trained young exorcists are about to take to the airwaves to ply their trade in a show called Teen Exorcists. Savannah and Tess Scherkenback join preacher’s daughter Brynne Larson as a trio of demon-dropping debutants ready to take on the powers of Hell. All three, according to the article, are home-schooled.

I’m not quite sure what to make of demons. Aware of more rational explanations of human psychoses and inevitable misfortune, there doesn’t seem to be much room for second-rate deities in the world any more. Still, writers like Matt Baglio and Malachi Martin narrate enough strangeness to make you wonder if we might’ve been a little too hasty in dismissing the supernatural. Especially after staying up late to watch The Exorcist. And it’s not just that it’s three young girls casting demons into the pit—according to Acts Philip’s daughters were prophets and Mark says people who didn’t even know Jesus were pretty handy with the rite. It’s the whole issue of demons. According to the BBC, the girls believe England is especially afflicted because of the Harry Potter novels. (The spells, they say, are real.)

The team of three and Rev. Larson do, unlike Ghost Hunters, charge for their services. And even a duck hunter on television can strike it rich. Simon, later known as Simon Magus, offered the apostles money to gain the power of the Holy Spirit, according to Acts 8. Rebuffed, Simon turned against the fledgling Christians. If there were reality shows back then, I suspect he’d have had one. The three girls are black belts in karate, adding to the television appeal, but demons, we’re told, are incorporeal. That’s right—they have to be fought without physical violence. Armed with Bibles and crosses (no crucifixes, since this is a Protestant exorcise) three young girls take on the dark side of the spiritual world. The chief of the demons, however, is named Mammon. Against that one there seems to be no defense.

BBC Two is currently airing a series entitled The Bible’s Buried Secrets, unfortunately not yet viewable in the United States. The episode “Did God Have a Wife?” is presented by my colleague Francesca Stavrakopoulou, who did, no doubt, an admirable job. So once again Asherah finds herself in the news. The issue of monotheism is intricately tied up with how gods related to one another in the ancient conceptual world of Israel and its neighbors. Since the gods were modeled on humans, their behaviors could be embarrassingly human as well. Myths of actual divine marriages are rare, and extra-consortial affairs seem to have been pretty common. This aspect survives in the classical Greek world where Zeus’ many trysts are among his most notable deeds.

In a society like ancient Israel where marriage was a regular expectation of all young people who survived to marriageable age, an obvious mystery attends a single god. If Yahweh is male – and the Hebrew Bible seems not to dispute this point – would he not require a spouse as well? The well known Kuntillet Ajrud and Khirbet el-Qom inscriptions appear to suggest that Yahweh had a wife, and if he had the Religious Right should only rejoice since that would seal their definition of marriage forever in this literalist nation. And yet, the Bible remains decidedly mute on this point. In the end, it is interpreted that male is superior to female, again, pleasing certain religio-political factions.

Marriage in a human institution. It is a practice concerning which the Bible is strangely taciturn. In ancient times marriages (unless among the gods) were secular, not sacred ceremonies. Among a human population in danger of dying out through attrition, marriage ensured prolific reproduction. According to Christianity, even God had a kid. In a world that has changed in ways that biblical writers could never have imagined, marriage as a source for an increasing population is more problematic than it is essential. It seems that the jealously guarded definition of marriage is really just another green-eyed monster lurking in the Neo-Con closet. Maybe once Yahweh’s marriage certificate surfaces the issue of what marriage is really about will be discussed rationally.

It was a familiar British voice on the BBC that first introduced me to the concept of Dismal Days. As a very frugal couple newly married and living abroad for the first time, my wife and I had little entertainment other than the radio. Doctoral candidates didn’t have time for television, and besides, in Britain you had to pay for a television license in addition to the electricity it would cost to watch it. We didn’t even use our pathetic wall heater in winter. When the BBC 4 announcer mentioned that it was a medieval dismal day, my wife and I exchanged bemused glances. The concept has become part of our mental warehouses. Today is not a medieval dismal day in that sense, but Ash Wednesday brings a dreariness all its own. As a young Fundamentalist I didn’t know about this particular day, but when I attached myself to the local Methodist congregation I learned a history lesson.

Methodists descended directly from Anglicans (Church of England). And as I learned in my ill-fated Nashotah House days, some Anglicans believe they never really separated from Rome. Ash Wednesday has now become a widely recognized day of mourning and repentance (as if all days weren’t such) and for many years I submitted to the ashes. It was always with wonder, however, since Jesus purportedly said not to show any outward signs when you are lamenting. I wondered where the tradition began. The earliest references to Ash Wednesday date from the papacy of Gregory the Great, in the eighth century of the Common Era. It is just like the Middle Ages to add drear to an already dark and cheerless season. Lent was originally intended for reflection, but in the macabre mind of the Dark Ages it became an excuse for utter misery.

Dismal Days are actually far older. In origin we again have the Romans to thank, although they blamed the Egyptians. In Roman society two days each month were deemed infortuitous to begin important ventures. In fact, the word “dismal” derives from the Latin for “evil days.” The idea that certain days are especially gloomy is a hangover from superstition that many rational people have now completely disregarded. Many of those rational people, however, will be spotted today with ashes on their otherwise hygienically cleansed foreheads.

Why not buy in bulk?