Perhaps it’s all the politics in the news, or perhaps it’s the very long nights of January, but death comes to mind during the winter. One of the enduring preoccupations of religion is the issue of death. Christianities teach of wonderful rewards or horrendous punishments after the sloughing off of this mortal coil. Many eastern religions suggest the even scarier idea of reincarnation—we are doomed to repeat this sideshow over and over until we get it right. Since the universe has billions of years to go, that’s plenty of time for errors. When we finally depart, however, we leave our loved ones with the dilemma of how to handle our remains. Burial goes back to the Paleolithic Era—simple, effective, little fuss. Nature reclaims what we have borrowed for a century or less. This is the preferred Christian end, for, believing in the resurrection of the body, a body must remain. In some form. Other religions, noting the cleansing power of fire, prefer cremation. Those original Zoroastrians still prefer exposure of the dead to carnivores. It is, however, generally our religion that dictates our final disposal.

Enter the entrepreneur. The corpse becomes a commodity. You’ve got a problem and you’ll pay well for a satisfying solution. Some years back I saw ads for a company with the scientific, yet romantic concept that, as carbon, our corpses could be pressurized into diamonds. It is a costly procedure, but you could wear your beloved around your neck or on your finger as a chunk of the hardest substance on earth. A few weeks ago I found a more affordable solution on the website of Holy Smoke. Once you have made the decision to go with cremation, what do you want to do with that urn of ashes? Holy Smoke offers a solution: you can have your loved one’s remains loaded into ammunition shells. Taking care to handle the ash with profound respect, Holy Smoke will place the remains into either rifle or shotgun shells (one pound of human ash fills about 250 shotgun shells). You can then be shot toward eternity by loving relatives at their convenience. Gunpowder-propelled toward Heaven itself. Holy Smoke is located in Alabama. 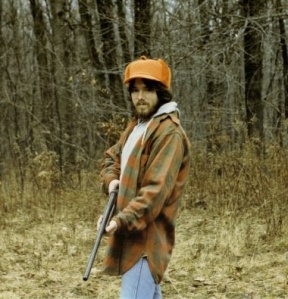 The problem of human remains is perhaps the most religious one of all. Our faiths give us the hermeneutic we need to face that great portal. As we consider the number of useless deaths brought on by Bush’s personal war in the Middle East, a kind of macabre closure can be seen through the smoke. After all, the NRA endorses the Republican Party. So does the Religious Right (unless, of course, they nominate a Mormon). Perhaps if we loaded our guns with our dead instead of live ammunition, the symbolism might finally hit its target. Holy Smoke could be offering a valuable service here to be shared between religious enemies. Instead of the kiss of peace, well, use your imagination. Perhaps it’s the very long nights of January, or perhaps it’s all the politics in the news.