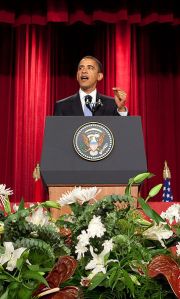 Every once in a very great while, faith is rewarded. I’m not talking about the faith that is bound up in black leather, inaccessible to realists who struggle daily to keep going. No, this particular faith is human based, based on my fellow citizens who saw it necessary to do the right thing. Although I have to rise before 4 a.m. to get to work, I tossed all night wondering what was happening at the polls. Obama’s reelection meant more to me than I guess I even realized. You see, I look at elections symbolically. Not as overtly black and white as Dark Vader and Luke Skywalker (neither candidate is pure good or evil), but I see that candidates stand for something. I don’t care what religion a president claims, but I do watch closely for what they value. Money, to my way of thinking, is not the way to build a society. Once in a while the rich need to be reminded that no, money can’t buy you everything.

Politics went off the rails when conservative religious issues were mingled with unfettered entrepreneurial aspirations during my formative years. God, I hope those days are over! People often vote with their emotions and studies have repeatedly shown that even conservative religionists like George W. Bush did not deliver a more productive, biblically literate nation after eight years of fumbling in the dark. The legacy was a national debt that should have been an embarrassment and a deeply polarized society. I was glad for the GOP nomination of Mitt Romney—it was a chance to test if the privilege of wealth had a chance of winning without the evangelical interests who see Mormonism as a “cult.” My faith in the American people paid off.

No, Obama’s first term was not a picnic, but every time I peeked, it sure looked like hard work was being done. Prolonged vacations to the ranch seemed to be a thing of the past. Difficult thinking was given a place in the nation’s capital again. If we want the one percenters to get the message, we must shout loudly. They live far, far above the rest of us in sound-insulated penthouses and never have to wait in line four hours just to buy gasoline. There is work to be done, and it has to start at the street level, if not below. This is faith. Quoting the Bible while bombing your enemies and protecting the wealthy elite is disingenuous in anybody’s ethical playbook. Thank you America for showing that giving in is not the only option. Tonight I will be able to sleep.

4 thoughts on “Substance of Faith”