I don’t know about you, but I have a complicated relationship with genres.  As a fiction writer I have great difficulty classifying what I write, and that shows in the reluctance of publishers to embrace it.  We tend to suppose that some kinds of Platonic types exist out there by which we can map what we find here in the physical world.  These genres, however, are far more permeable than they seem.  My wife and I just finished watching the eight-part Ken Burns documentary Country Music.  Neither one of us is what you might call a fan of the genre but I can say that I learned an awful lot.  My stepfather was a country music fan, so many of the names and songs, particularly of the early years, were familiar.  What became clear throughout the century or so covered by the films was that the dividing line was always a blurry one. 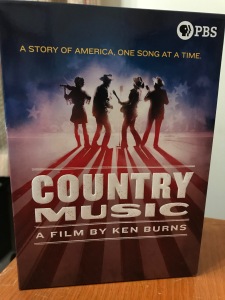 While today we tend to think of country music as a southern phenomenon, the documentary made clear that its beginnings were folk music.  And folk lived most places.  While certain styles predominated in certain ages, across the years it was hard to tell some country music from pop music and rock (especially in the early days of the latter).  Even rock is difficult to classify.  What it often comes down to is self-identification.  An artist or band that identifies as country is country.  It is a distinctly American art form and it quite often identifies with religion.  Like rock, it also has some roots in gospel music.  When it becomes secular, gospel can go into many unexpected places.

Another association—again, a generalization—is country music and conservatism.  Partly it’s the promoting of Americanism, but partly it’s based on a false perception.  Performers are actors, after all.  Many of the “clean cut” examples of country singers struggled constantly with drug abuse (often considered the demon of rock-n-roll) and alcoholism.  It’s often right there in the lyrics.  The listeners, however, tend to think of them as stories.  That was the other great takeaway from the series—people are drawn to the stories.  I think that’s something we all know, but country music often excels at the hard-luck story that resonates with people down on their circumstances.  I’m not about to become a country music fan, but watching this series, like any educational venture, has opened me to a new tolerance for what I previously classified as a genre that didn’t have any appeal.

1 thought on “A Little Bit”