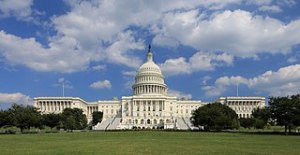 Can you spell treason?  It does begin with the letters “T-R-.”  The events of yesterday made it difficult to sleep securely in “the land of the free” as thugs took over the capitol building in Washington, and even after that Republicans still contested the electoral votes from Pennsylvania, preferring a treasonous president to a democratically elected Joe Biden.  As all of this was playing out, Georgia gave control of the senate to the Democratic Party.  Like many Americans born in a democracy, I stared at the news aghast yesterday as Republicans, fully in the public eye, tried to dismantle the very system by which they themselves were elected and even went so far as to claim they were patriots for doing so.  They draw the evil courage to do this from their “Christian” faith.

Yesterday was Epiphany, a Christian holiday.  To see Republicans—claiming the name Christian—attempting to overturn democracy on that very day was sickening.  To my mind it will live on like 9/11 as one of the most dangerous days in US history.  When asked to get the crowds that he personally incited to disperse, Trump released a video on Twitter telling his followers that the election was stolen and fraudulent but they should go home.  Pouring gasoline on a fire he himself lit, sending both houses of congress into hiding, his snakes-in-the-grass continued to support the myth that Trump hadn’t been defeated.  When the smoke clears this American thinks it’s time to dust off laws about treason and start applying them again.

Congressional leaders, and the president, swear to uphold the Constitution—hand on the Bible.  In the most closely watched election in history, with no evidence of fraud, when the loser wouldn’t concede his party backed him.  The Republican party has been infected with evil, I fear.  Even after seeing the turmoil that their posturing caused, they tried to discount the votes from my state just to keep a very dangerous man in power.  Our democracy didn’t die yesterday.  It died four years ago.  Claiming the name “Christian” without ever reading the Bible or attending church or caring about their fellow human beings, the Republican party has gone down in infamy on the feast of Epiphany.  The electoral vote count by congress is a mere formality, and I, a native and resident of Pennsylvania, am outraged that anyone claiming the power of a democratically elected office—disputing the very process that gave them any influence at all—questions my right to vote.  Why hasn’t treason been invoked?  Four years under the influence of the Evil One has shown its effects, and it happened on Epiphany.

3 thoughts on “It Happened on Epiphany”