Like most thinking people I’m wondering what’s wrong with our government.  If such wrong-doing were so out in the open any of the rest of us would be in jail, but because 45 stacks the courts the way GOPers want them, they think he’s God.  Using the Constitution for toilet paper, the Republican party believes itself above the law so it can, well, make up the law.  These are some angry, messed up people we’ve got in elected office.  I’ve seen some interviews with the key players, and it’s clear they literally—and I mean literally in the literal sense—think of politics as a game.  They don’t care how many lives get ruined; they just want to win.  They give the male gender a bad name.

This whole shambles reminds me of something I learned a few administrations ago—nobody really has the answers.  A low-functioning president is one thing (we’ve survived them before), but one who refuses to obey the law is quite another thing.  Subpoenas ignored, catastrophic foreign policy decisions made, and rallying since day one, we are being led by lawmakers who stand in contempt of the law.  All of this makes me think of deals with the Devil.  While I await the results of the peer review of Nightmares with the Bible, I recall what the outcome of diabolical deals always is.  It’s not true that “cheaters never prosper,” but it is new that it is being codified into law.  Hammurabi is rolling in his grave.  Even Caligula would be giving his forehead a palm smack.

America’s desire to become inbred has made us the spectacle for the world.  Growing up in the sixties the message of inclusivity was in the air.  I had no idea that those a generation older were resenting it, holding grudges, waiting quietly until they could throw inequality back into the mix and use it to stay in power even as they flouted the very law that was used to put them into office.  It’s no wonder that three biographies of Adolf Hitler have been published this year.  I guess there’s a fairly easy way to tell the difference between an average person and a politician.  The average person is fed up with this charade and ready for some actual leadership.  A politician, on the other hand, revels in the game he is playing, not concerning himself in the least with the consequences. 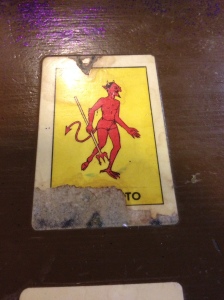