The western philosophical tradition is built on the idea that permanence is reality.  From the Greek philosophers on, the idea has been to identify the basic, unchanging building blocks of reality to get at what’s really real.  The eastern philosophical system posits that change is reality.  Permanence is illusion, and that which we think of as unchanging is a deceptive projection of our own minds.  This dichotomy keeps coming back to me when things change and I keep waiting for them to go back to “the old way” or “the usual way.”  Most recently, for example, the shift to or from (I can never remember which) Daylight Saving Time.  This was followed closely by a mandated trip to San Diego, three time zones away, that lasted five days.  While there I met with potential authors later into the evening than I generally stay up on eastern time.  Now that I’m back home I keep waiting for things to go back to the way they were.

My response to all of this is to wonder if maybe I have the wrong philosophical disposition.  Problem is, the entire western world is built on the proposition that permanence is reality.  The things that worry us are, in eastern thinking, part of the constantly changing flux of reality.  While away from the usual constant connectivity of life at home, bills still come electronically.  Websites ask you for passwords that, like eastern thought, are constantly changing.  I play along, even to the point of “buying” property so that it will always be mine.  Right now lots of things are up in the air in the western world—the future of democracy itself is uncertain—and I keep waiting for things to get back to normal. 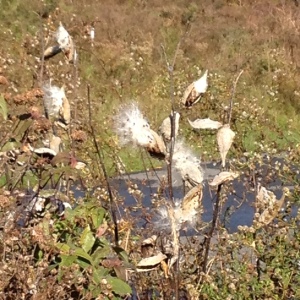 Part of the problem is that I keep too busy.  It is easier for me to maintain this illusion if I slow down and have time to think it through.  Things change too quickly for that, however.  Using time as a pole star to navigate this constantly heaving sea, I’ve become a little confused about my longitude.  I’m settling back into eastern time at the new hour they tell me that it is, but I feel as though I’ve left lots of things behind.  I’ve had a little time off work over the holiday and there’s a tremendous amount of change awaiting me once I fire the laptop up again.  I want to go back to where I was before I boarded that plane, back before I “gained” an hour.  Back before I had to learn everything you need to know to “buy” a house.  I look to the east and nod.

One thought on “Back to Normal”