In these weary days of bleak news, I’m always glad to find a bit of cheer.  A friend recently shared the story of Giuseppe Paternò from The Guardian.  Paternò is a 96-year-old first time college graduate.  As the story explains Paternò had wanted to attend college his entire life but being raised in poverty he never had the opportunity.  We all know how life is a rushing river that snatches you in its current, and thus Paternò found himself unable to attain his dream.  Until his nineties.  Just this year he graduated from the University of Palermo.  What really spoke to me about this story is that Paternò is now considering working on his master’s degree.  While some might wonder if this is practical, to me it demonstrates that knowledge is never wasted. 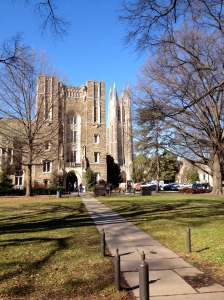 We live in an era where education is seen as either a useless luxury or as just another business.  Both views are fatal to our civilization.  We have reached where we are by progressively educating our young (and old) so that our collective knowledge-base grows.  When education is seen as a business (and I saw this in my ill-fated university teaching career) it becomes something different.  This isn’t on the part of the faculty, for the most part, but on administrations.  Paying corporate-level salaries to administrators—schools top-heavy with deans—they can’t afford to hire faculty and cut departments that aren’t profitable.  Knowledge, in turn, suffers.  Paternò, I sincerely hope, avoided the politics of academia.  A man hungry for knowledge, he studied philosophy at an age when most of us think people should just sit around and stare at the walls all day.  Knowledge should never be wasted.

Those of us who’ve been excluded from the academy sometimes try to continue our contribution.  Some of us still write books and articles.  It does nothing for our promotion or tenure.  It certainly doesn’t bear much in royalties.  “Why do it?” a friend once asked me.  When we cease seeking knowledge we stagnate and die.  We see this playing out in the politics of our day.  Washington houses many who see education as a threat to the unrestrained acquisition of mere money.  This is why universities suffer—they are not businesses.  One size does not fit all.  At their best they’re places where those of us raised in poverty can go to have our eyes opened.  And they are places where even nonagenarians can go to contribute to the growth of knowledge.

2 thoughts on “Never Too Late”