You go away for a few days and look what happens to the neighborhood. With the Bible scholars safely out of town, a South Carolina woman used two hollowed out Bibles to smuggle weapons and drugs to a friend in prison. According to a story in the New Jersey Star-Ledger, the eviscerated Bibles contained knives, a cell phone, ecstasy and cocaine. Bibles often act as metaphors, and in this case the image of trouble coming in the form of a sacred book is poignant. No one thinks to suspect a Bible (well, Stephen King did), so conservative and clean-cut. What lies inside, however, is seldom closely examined. What is found there often defies biblical scholars and prison guards.

The Bible, as an icon, is spotless in the public eye. You can place a hand atop its venerable cover and, magically, you won’t be able to lie. You can heft it aloft and demons will flee in fright. You can even use it to measure chastity. (Back in my college there was a four-feet-six-inches rule. Men in women’s dorm rooms during brief, allotted visiting hours could sit next to their sweeties, but they had to keep all four feet on the ground and remain six inches apart—a distance, we were told—that could be filled by placing a Bible between the lovers. And the door had to be kept open, just in case.) The book has become the deity. Placing God between the desires of lovers is a metaphor ripe for the picking. 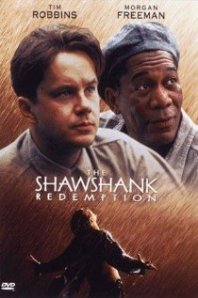 Few can forget the scene in The Shawshank Redemption when Warden Norton opens Andy Dufresne’s Bible to find the rock-hammer-shaped hole cut out of the pages. The Bible had set Dufresne free. And it did so unwittingly. The Bible’s message, in the film, was intended to keep prisoners in a state of submission, but human interest brought the Bible much closer to its noble purpose of setting the prisoner free. The Bible has been a privileged book throughout American history, and even before. In England it used to be chained to the lecterns of churches to prevent it from being privately studied. Its great power, however, lays not within the manipulation it excuses, but in the human spirit that finds liberation through, and sometimes despite, the famous black book.