“Cogito ergo sum,” Descartes famously, and apparently erroneously, wrote. As technology races wildly ahead, those of us of biological origin are left feeling somewhat insignificant. An article in Monday’s Chronicle of Higher Education on “The Strange Neuroscience of Immortality” touches on many of the issues that are the very pulse of religion. Revolving around the theory of Dr. Ken Hayworth that a preserved brain, sealed in plastic instants before death, may in the future be thoroughly mapped and resurrected, Evan R. Goldstein explores the idea of immortality. Hayworth’s belief is that a thoroughly mapped brain, reconstructed artificially, would be the ego of cogito. The self. Despite all our advances in science, we don’t know what it is.

As Goldstein makes clear in his article, this transfer of consciousness and possibility of immortality is not mainstream science. In fact, most scientists rapidly distance themselves from it. Many cite the unscientific nature of the very enterprise, but I wonder if it might not have a more religious basis. Immortality is the ultimate of religious ideals. Christians generally recognize it as resurrection, and other monotheistic traditions offer a heaven after death (sometimes, to some people). Is that not all at stake here? If we manage to assure some kind of human immortality, have we not just robbed ourselves of heaven? Quite apart from the technological hurdles and uncertainties about what the self/mind/soul is, is not immortality what separates gods from humans?

The problem with gods is that they don’t get to go home at the end of the day. Would Heaven be so great if you just left another tough day in the universe full of sadness, violence, and pain? Hayworth suggests that a reconstructed brain placed in a mechanical body (robotic, probably) would have the potential of lasting forever. It will, however, be expensive. That means that only the very wealthy will be able to afford the procedure, if it ever works. Imagine that world: a planet full of immortal, wealthy entrepreneurs who can spend eons without sleep, trying to acquire yet more for themselves while knocking the competition on its metal rump. It really doesn’t sound like Heaven to me. But then, what would I know? To me cogito sounds like a snack food. 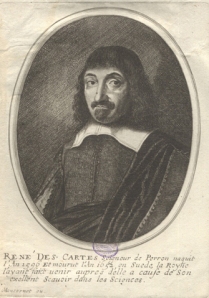 2 thoughts on “Your Brain on Plastic”