When I first joined LinkedIn, the notes about adding connections you didn’t actually know were pretty dire.  People could trash you behind your back, ruining career opportunities.  It turns out that I don’t really need any help ruining career opportunities, so after a couple of years on the social network I started adding people if they had a legitimate reason for wanting to know me: they were academics, they were religion specialists, they were in the book business.  I still wonder why investment bankers and others who must have better things to do with their time bother to ask me to connect.  It’s not like I have anything to offer beyond adding a number to their 500+ connections.  It stokes my perpetually low self-esteem to think that maybe 500 people would like to be connected to me, at least electronically. Low risk friendship—I’m not going to bad-mouth anyone.

LinkedIn, like most social networks in this highly visual age, offers the opportunity to post a picture.  I don’t have many pictures of myself, and even fewer that I like.  Still, I picked a selfie I snapped in Herald Square after an overnight flight from Phoenix to New York.  I was meeting someone in town and I look a little worse for wear, I suppose, since I can’t sleep on planes.  Nevertheless, there’s enough of my character there to give people the idea of who they’re linking up with.  The other day I was scrolling through suggested people with whom I might want to link.  A surprising number of people blur their pictures, so they look like just about everything did after that flight from Phoenix.  Then there are those who select an image that is meant to be funny, or whimsical.  I was surprised when I saw Jesus’ face above the name of a priest. 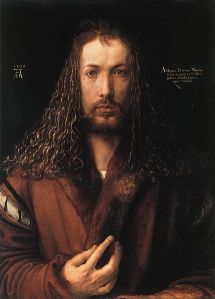 Don’t get me wrong; I’ve got enough theological sophistication to know that many clergy wish people to “see Jesus” when they look at them.  To set Jesus as your personal image, however, seems a bit presumptuous.  Of course, I may be missing something.  Perhaps Jesus sent a connection request to this priest, with the offer to use his likeness.  Still, I find it ironic to suppose that anyone would consider themselves worthy to use the image of their deity as their own.  Growing up, I was taught that people shouldn’t name their kids “Jesus” (we knew no Hispanics in our small town), but then I learned that “Jesus” is just the Greek form of “Joshua” and I realized there were an awful lot of Angelos in trouble too.  Don’t mind my rambling.  It’s probably just sour grapes.  I haven’t received any invites from any deities on LinkedIn, so I’m feeling rather like any guy who has only 500+ connections.