Politics is about power. Say what you will about the Bible, but at least they were clear about it in those days. Kings were alpha males, not public servants. In the light of Orlando we can see how little has changed. Random acts of violence grow more and more lethal and the politicians filibuster, inflating the room with hot air to avoid this issue because this is an election year. An election year where one of the candidate’s cheers can barely be distinguished from “Sieg Heil” and we have put ourselves into a place where such a tragicomedy was possible. Maybe even inevitable. Meanwhile fifty people are dead, joining the many innocents who just happened to be at the wrong place—is there any right place in a land of abundant assault weapons?—in a land of limited freedom. The press argues about exactly what type of gun was used. Maybe that model should be taken off the shelves.

Our alpha males have, at least in states like New Jersey, and increasingly on the national front, modeled bullying. Bullies are nothing without their threat of power used against you. In the same day when schools and social programs emphasize over and over that bullying is unacceptable, bellowing bulls insist on their way and the crowd goose-steps in ecstasy. Those who are different are dangerous. After all, straight white men were here first. They won this country fair and square through genocide, as any Native American can tell you. And you get your way by refusing to compromise. Refusing to reason. Give vent to testosterone and call your opponent out for being a female. Land of the aggressive, home of the grave.

Gun violence may not be preventable completely in a nation where guns are a commodity just like anything else. Religion is a commodity. The ninety-nine percent are a commodity. The spoils are there for the taking by a bully and his thugs. It used to be that organized crime was illegal. Now it’s politics. How much did you pay in taxes last year? I don’t know about you, but I didn’t know there was an exemption clause just for being rich. I grew up in a family with simple morals. Right and wrong. We learned that taking something that didn’t actually belong to you, or not contributing when everyone must, is wrong. Taking what’s not yours is stealing. And that especially includes lives. How naive we were! Politics is about getting your own way. Guns make that possible. Heil to the thief. 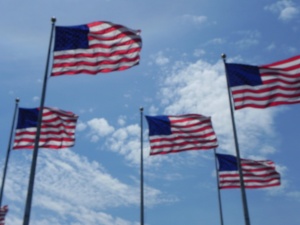 One thought on “Business Beating”