Out on the nearby rail trail I use for jogging I often hear it.  Gun fire.  There’s a shooting range—out of sight, and hopefully, out of reach—not far from the path.  The loudness of the discharges, even from this distance, is enough to make you jump, even in mid-stride.  Often as I’m getting my exercise I reflect that fear begets fear.  Many people purchase guns because they are afraid.  Statistics support—although mass shootings must be catching up—that the vast majority of those shot receive their wounds from a family member because there’s a gun in the house.  And that only makes people more afraid.  Fear begets fear.  And a cycle of madness begins.  American exceptionalism convinces us that just because no other developed nation in the world experiences this level of gun violence the solution is to buy more guns and that military assault weapons should be available to the mentally unstable.

As life in Trump’s America erupts into the summer of hate, at least 31 people are dead from mass shootings, and the GOP stands firmly with the perps.  In the United States alone among “developed” nations this level of gun violence is prevalent.  In this country alone do the levels of poverty near the 50% mark while the top 1% give us guns with which to play.  If you elect a hate-filled man, society will become hateful.  Gun violence existed before Trump, of course.  Mass killings have been a problem as long as the Republican Party has been owned by the NRA.  Add racial hatred and people will die.  The GOP wouldn’t recognize an elephant gun if it saw one.

Fear can be treated.  While I’m no specialist, my own form of exposure therapy involves watching horror movies.  What more horror can there be to a society bent on mass murders and an oligarchy that turns a deaf ear?  To some madnesses there may be a method.  The movies I watch are, ironically, coping mechanisms.  In the midst of all this violence, one wonders at the utter lack of moral rectitude on the part of Republicans who loudly bray that gun ownership will make us safe.  Perhaps they hope we’ll become numb, at least on our way to the voting booth.  If we learn to deal with fear it can be subdued.  So I’m out jogging, listening to the rapid fire of guns somewhere out of sight.  And I’m pondering how fear often has the last laugh while the rest of us weep. 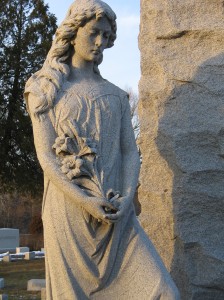