The word “cult” has fallen out of favor with religionists.  The reason for this is the problematic claim that any one religion makes to being the “only true” religion.  If that religion then sets about to study other religions there is a built-in bias that the study is being done from the perspective of those who know the truth looking somewhat bemusedly toward other religions.  A cult was defined as a relatively new religion with a fairly small number of adherents.  The more correct term is a “New Religious Movement.”  The idea of brainwashing is controversial, but it is clear that people can be made to follow the leader against their better judgment.  We’ve seen this time and time again and not just in places like Jonestown or Waco.  The word “cult” seems to fit. 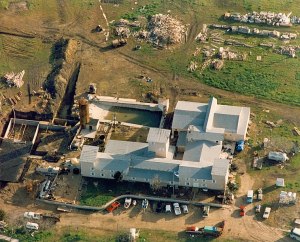 A friend recently pointed me to the work of the psychologist Jeremy E. Sherman.  Sherman has been studying the behavior of Trump followers and has illustrated quite well how it is a cult.  This is one place where the use of the term becomes essential.  I’ll lay aside my objections to the word to point out that a cult denotes a group that follows a leader without critical assessment of that leader.  You’ll have noticed that Democrats are quite critical of one another.  They think about and assess what each other say and do.  When someone like Trump, who is well known as a Pez-dispenser of lies, becomes a saintly paragon of his party, capable of no wrong, we’re in the land of cults.  What Sherman does that I can’t, is suggest how to deal with such thinking.

Most of us try to reason with our interlocutors.  If reason is turned off, as in blind following, it simply falls on deaf ears.  The public record of Trump’s doings speaks for itself.  Those who refuse to see it or engage it will never be reasoned out of it.  The parallels with Hitler’s Germany are extremely frightening.  Not even a decade after his death Hitler was understood to have been clearly unstable and driven by evil impulses.  Many of those alive today overlapped with the lifetime of this dictator.  There’s no doubt that Nazism behaved like a classic cult.  Presented with credible evidence of breaking the law while within office, Trump’s followers blithely acquitted him.  Those who study cults would expect no less.  We need to arm ourselves with knowledge of how religious thinking works.  To do otherwise is dangerous, despite what our economically driven bastions of higher education may say.  (See?  I’m critical of those on my side!)  Or we can lay down reason and simply follow.

One thought on “In the Cult”