Maybe you’ve noticed it too.  If you read the Bible, rather than just pose with it, you’ll wonder what went on in the temple when you’re done.  Yes, it’s obvious there would be the bleeting of sheep followed by an eerie silence, and that “that Burger King smell” would be pervasive, but what of the interior of the temple itself?  The Good Book says next to nothing about what happened inside.  We do know that going to temple wasn’t the same as going to synagogue or church.  The laity, for one thing, weren’t allowed inside.  Although the temple in Jerusalem can’t be excavated, many ancient temples have been found and archaeologists have the ability to analyze residues found on altars and that tells us something at least.  A story on Artnet News publicizes an archaeological report that rests behind a paywall, so I’ll use Artnet’s headline: “Did Ancient Hebrews Get High During Temple? A New Archaeological Discovery Suggests They Did.”

The story explains that chemical analysis of the famous Arad temple from ancient Judah shows that one of the altars was used to burn cannabis.  I guess that could help explain all the animal sacrifices.  Like most religions, that of ancient Israel kept much in the dark (literally).  Read the biblical account again.  The temple had no windows.  The holy place was illuminated by the menorah, so there was light.  The holy of holies was completely dark.  Other than the rituals of the Day of Atonement, we’re not given much information on what the priests and levites did for the rest of the year.  They may or may not have burnt cannabis.  It might be that what happened in Arad stayed in Arad.  What hath Arad to do with Jerusalem?  We simply don’t know. 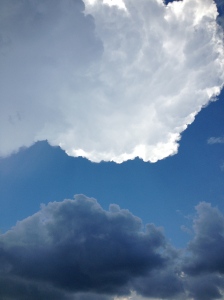 Another altar in Arad, according to the story by Sarah Cascone, burned frankincense.  That sounds much more biblical.  I’ve never been a smoker and I’ve never smoked anything in my life.  I did, however, attend many services at Nashotah House where the small space of St. Mary’s Chapel was filled with so much incense that I wondered about its health affects.  I’m not sure if others felt they were getting lightheaded from all the fumes or not.  Incense, to be used effectively should be handled sparingly.  Its purpose was, theologically, to cloud the air in case God decided to show up.  You weren’t allowed to see him.  If he did show up, though, maybe it was party time.  And there’s bread and wine just out in the vestibule.  Some mysteries will never be fully explained.