Conflict has come to dominate the twenty-first century in an unhealthy way.  No longer do religions, political parties, or even scholars of different disciplines want to try to see it from somebody else’s point of view.  Such “I’m rightism” is distressing, given that the greatest minds in history always left some room for doubt.  Einstein tried not to say too much about God, but his occasional references left some space for admitting he just didn’t know.  He was following closely in the footsteps of Sir Isaac Newton, who, ironically and iconically stands as one of the founding fathers of empiricism.  I say “ironically” because his real driving interests, as became clear only after his death, were religious.  With the science and religion conflict paradigm, it took a long time for many to admit that Isaac Newton was fascinated by religion. 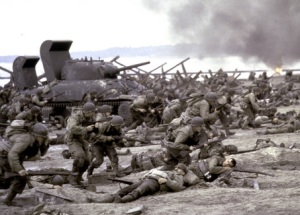 A story in The Guardian recently noted that Newton’s unpublished notes on pyramidology have gone on auction.  These papers are even further indications of just how much religion mattered in the mind of the man who gave us a clockmaker God who wound up the universe and left it to run according to scientific principles.  My wish isn’t to cast any aspersions on Newton.  No, quite the opposite.  I wonder if we mightn’t use his wide-ranging interests to raise a relevant question: why do we see religion unworthy of attention while science, because it can be “proven,” is all we really need?  Especially since scientifically-based hypotheses about the origins of religion tell us that human beings need it.

Admittedly Newton was just as human as the rest of us.  Perhaps far more intelligent than most, but still human.  The humanities are the part of the human curriculum that has been under duress for many years at “universities.”  As business interests and money have taken on larger and larger roles in how schools conceptualize themselves, the humanities—which don’t make money—are undervalued and cut.  Capitalism takes no prisoners.  Education that has bought into that paradigm is bound to overlook certain facts.  Newton’s “arcane” interests were well hidden for a couple of centuries because who wants to think of the great rationalist as beholden to such a paltry thing as religion?  We’d rather keep our eyes firmly closed.  A conflict paradigm seems the better way to eradicate this troubling, so very human, aspect of even geniuses.  As long as there’s money to be made conflict will be the reigning model.

One thought on “Conflict Management”