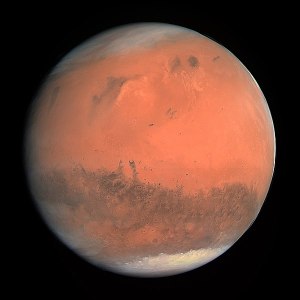 Perhaps it’s an indication of just how sick the United States has been for four years—waking up each day wondering what new crisis Trump would have put us into—that I heard nothing about our next Mars visit.  I’m normally quite interested in space exploration.  I seriously considered astronomy for a career, until I found out it’s mostly math.  In any case, I’ve watched our planetary explorations quite closely.  Yesterday, until just about five minutes before the landing of Perseverance on the surface of the Red Planet (earth is supposedly the Blue Planet), I knew nothing of the mission.  When my family alerted me to NASA’s live feed of the event I tuned in for those five minutes to watch as we safely landed our fifth such probe on our neighboring world.

It’s funny how a self-absorbed person can take a whole nation down with himself.  It was a relief to look outside for a while, and to wonder.  I remember when the rovers Curiosity and Spirit landed.  The advance of technology was evident in yesterday’s deployment.  No more bubble-wrap was necessary.  The landing system was incredibly elegant, and if there are any Martians I’m sure there were several UFO reports yesterday afternoon.  As the NASA interpretive explainer told what was going on, I wondered just how life might be on the Blue Planet if we were able to put all our tech to work for peace and the betterment of all.  Instead I find a Congress only too willing to acquit a traitor so we can continue the hate.

Emotion is a funny and unpredictable thing.  Although I knew nothing of Perseverance until five minutes before touchdown, I was immediately drawn into the feeling of the moment.  My eyes weren’t exactly dry as I watched the cheers of jubilation from those masked engineers in the control room.  This had been the culmination of years of hard work, and yes, math.  They were able to calculate fall rates and counter-forces, landing spots and trajectories.  And all of this from about 140 million miles away.  Perseverance was launched back in June—you can’t get there overnight—when we were still reeling down here from the overt evil of white supremacists.  Stoked by a man who would be king.  Leader of the Red States.  Would-be ruler of the Red Planet.  How I wish our technology could help us on our own planet.  Any probes landed here from elsewhere must, I suspect, not believe their mechanical eyes.

One thought on “Keep at It”