Wednesday night a student asked me about the moon god Sin. The name “Sin” has nothing etymologically in common with the usual English word for wrongdoing; they are simply homonyms. Nevertheless, when students first encounter this odd juxtaposition they often think that there must be something to it. This particular student pointed out that many activities classified as sinful take place at night, under the moon. Could they be connected? Linguistically, no; but it did get me thinking about the idea of the moon’s baleful influence on various creatures of the night. 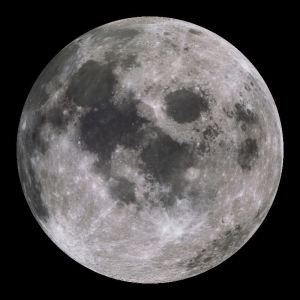 Serious academic works seldom take vampires, werewolves and witches, some of the moon’s most infamously unholy acolytes, to be worthy of valuable research time. Meanwhile Stephanie Meyer and company are laughing all the way to the blood bank. Popular culture gives credence to the children of the night that the academic world ignores. I tried to do a little research on the moon and its mythology only to find that most moon books deal either with serious attempts at astronomy or serious attempts at astrology, neither of which I was seeking. I wanted to know when the moon had slipped from being the gentle god/goddess of the night into its role as the overseer of evil.

Evidence was scant, but it seems that in the Middle Ages, maybe influenced by late Roman ideas, scholars began to recognize the moon’s potential as a dismal influence. The moon has long been popular in folklore as a source of lunacy and luck. Lovers crave the moonlight, but so do teenage vampires and raging werewolves. This is, apparently, a concept of no great ancient pedigree. In any case, the moon here has nothing to do with sin.

One thought on “Sinful Moonsters”