In New Jersey you can’t pump your own gas. If you pull into a station with a line, you have to wait your turn. Once, on my way to an adjunct job, I pulled up to the next available pump. It was the only one free, and a car pulled up behind me to wait. Meanwhile the car at the pump in front of me pulled out. The attendant signaled the car behind me to the vacant pump and then walked back to tell me that my pump was out of order, I’d have to wait my turn. I left that gas station and have never gone back.  I think about that a lot. I don’t mind pumping my own gas, and I certainly don’t mind waiting my turn.  If someone is given preferential treatment, however, my primate blood starts bubbling. 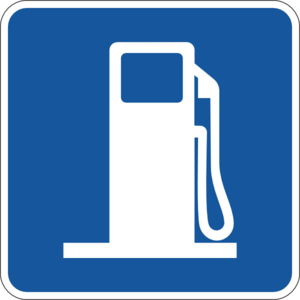 Although I’m middle-aged, I keep starting my career out again at entry level.  I’m sure I’m not the only highly trained professional in this boat.  In fact, I keep an eye on LinkedIn so I know that it’s not at all rare.  As I sit and watch the available jobs go to those younger than me, I wonder about the ethics of it all.  After all, I’m very nearly the same age as the President, and that makes me shudder.  Here’s the ethical quandary:

When I was a student in the late 1980s and early 1990s, those of us in doctoral programs enrolled because we were encouraged to do so by the academy.  No one can see the future, of course, but in academia it seemed if it was status quo ante from here (then) to eternity.  There would be lots of jobs, and those of us with the talent were actively recruited to enter doctoral programs and—here’s the ethics part—help meet the need that was about to come!  Did we want to see university positions vacant?  Of course not!  So we gamely stepped up, read our brains out, defended theses (far more than 95 of them) and found ourselves in a world with no room for us.  I managed to get a job, unlike many of my colleagues.  When I was let go, however, I discovered that the viable jobs were being snapped up by younger candidates.  These were students who’d entered the fray after we already knew it was a dying market.  They had the virtue of being younger, and therefore cheaper, and so the academy blithely moved on to forget those of us who’d gone through when everything short of a promise told us there would be jobs. There’s an ethical issue here.  If you know there are no jobs, should you be giving first shot at the few there are to those who entered the system when there was a future?  We used to call it paying our dues.  Now, it seems, those who’ve paid into the system all their lives will get nothing from it.  I’ll be the guy at the gas station ready to fill your car.  If you pull in behind somebody else, you’ll have to wait your turn, however.  I’ll insist on it.