The striking thing about Evangelicalism is its protean nature. The earliest forms of this conversion-based “Christianity” began with the Reformation among Pietist Protestants. They sincerely believed in two things: the Bible and Jesus. Today Evangelicals deny both. They believe in Donald Trump. Racism and subordination of women are their two main foci. And yet, they wish to keep the brand. Daily we see the standards of traditional “Christianity” tumble: turn the other cheek, love your neighbor as thyself, if a man asks your cloak give him your coat also. All of this jettisoned like so much non-capitalist clap-trap. Thing is, it’s in the Bible. Thing is, it was said by Jesus. And also anyone who even looks at a woman with lust in his heart is guilty of adultery, let alone those who pay them off so they can grab another on the way out the door. All of that’s now “Christianity.”

The funny thing is that those who object to such behavior are what Evangelicals scornfully call “liberals.” So much for the group that just three short years ago advocated the reinstitution of biblical law. Now that 45 would have committed a capital crime according to such laws, they have changed the Good Book rather than rebuke the pastor in chief. Ironically, some of the children of famous evangelists have drunk deeply from that Kool-Aid. It’s fine to sleep around as long as you lie the right way at the right time. Bear false witness? What does that even mean? You’d think liberals were suggesting that those God loves are chasteneth by him, for goodness sake!

Many of us feel as though we woke up to an alternate reality in November of 2016. We supposed the Republican Party would show some backbone, but when they didn’t we weren’t all that surprised. What shocked us most is that the leopard has changed its spots. Those of us brought up with the Bible were led to believe this impossible. After all, who can change a hair from black to white (although some of us would rather have it go the opposite direction)? We thought that Holy Writ would guide the Evangelical heart. We thought they would remember who Jesus was. All of this is negotiable now. The only solid rock on which they build their church—those to whom they give the keys to the kingdom—are those that fall into goose-step behind a “leader” for whom the truth changes daily. Opportunist be thy name. Were Jesus alive to see all this, surely he’d weep. 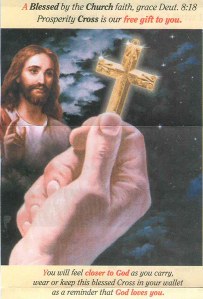