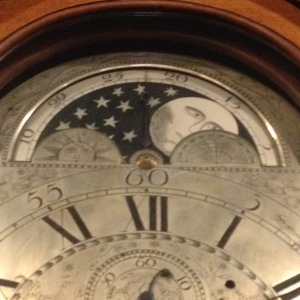 Maybe you went through it too.  In your teenage years the fascination began.  Before you knew it, you had a stack of them tucked away, each well-thumbed and ogled over.  Guinness Books of World Records, I mean, of course.  We’re captivated by extremes.  While working on a fictional story the other day, I started wondering about longevity claims.  The Good Book suggests that once upon a time a century was the equivalent of becoming a teenager, and people were acting like teenagers well into their eighth or ninth centuries.  Modern scientific analysis provides an alternative narrative, putting upper limits at 120, with only one verified, and disputed, case putting someone over it.  Curious, I looked at Wikipedia.  Two pages (at least) address the issue, one on human longevity tout court and another on verified claims.  Since the lists include home nations, I began to notice a pattern.

The verified records tend to feature the United States, Japan, Canada, and Europe.  The unverified Russia, Latin America, and Western Asia.  This disparity struck me as perhaps a bias concerning the source of reliable information.  Not only affecting longevity reports, concerns about reliable data impact all our sources of information.  I’ve written about internet resources before, but here I’m mainly worried about the bias of “first world” records as opposed to the records of less developed countries.  Not only that, but in the case of longevity claims, those born in outlying areas—beyond the reach of official government recorders—are suspect when compared to those kept by city dwellers.  We tend to trust our own kind, especially when it comes to extreme claims.

Like John Mellencamp, I was born in a small town.  Official records, comfortably handwritten, indicate when and where that happened, to the nearest day.  (Birth is a process, of course, and doesn’t always obey conventional human time-marking practices.  Organic events are often that way.)  The fact of the existence of other people indicates that they too have been through this in some form.  The event was marked in the way of local custom.  It’s locally true.  I knew a doctor trained in Sweden.  She couldn’t practice medicine in the United States for fear of what boils down to competing forms of belief.  Xenophobia in medical practice extends to other areas of human knowledge as well.  We are taught to trust the information given by our own authorities, but not those of other cultures.  I’m suppose to accept that without question, but I wasn’t born yesterday.