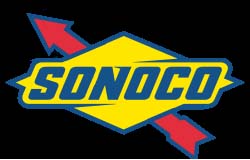 What do God and great pools of gooey, flammable, decomposed ancient biomass have in common? Quite a lot apparently. A picture in this morning’s paper of a Caribbean Petroleum Corp. storage facility explosion took me back to my childhood. I was born in the same place as the oil industry, although I think it was in different hospitals. Northwestern Pennsylvania is where the industrial use of oil was discovered (ancients had learned that the stuff was extremely flammable and used it for cruel weapons, but never figured how to grease an axle with it). One day my brothers and I were playing outside and noticed flames jetting up from an adjacent hillside. We saw giant ashes, some nearly the size of dinner plates, floating down on a summer day and it seemed like a strange gray snow was falling. A funny smell was in the air. That night on the news we learned that a local oil refinery had exploded and when we went to the site to gawk, it was amazing to see colossal storage tanks melted like so many ten-ton candles. It is an image I’ll never forget.

My wife’s favorite historian is Barbara Tuchman. We’ve read most of her books. Bible and Sword, however, was especially eye-opening for me. This book describes, step-by-step, how the British Empire forged its alliance with Israel. Tuchman is a meticulous historian, noting minute details that add understanding to the overall picture. One of the key motivating factors that led Lord Arthur James Balfour in his support of a homeland for the Jewish Diaspora was his belief that a physical Israel was required before the Second Coming of Christ could take place. This is a sentiment that has been shared by some recent, very highly ranking American politicians.

Enter Col. Edwin Drake. Drake was the first person to have the idea of drilling for oil. Several local prospectors scampered through the hills of Pennsylvania looking for oil streams where petroleum could be skimmed off the water and refined into kerosene. As an alternative to whale oil, petroleum was much easier to collect and didn’t involve peg-legs spearing great white whales — oh wait, wrong story. As an alternative to whale oil, petroleum made a market impact and soon other uses were descried. There was an oil boom near Titusville, Pennsylvania when Drake hit oil, and soon the industry that give birth to Quaker State, Pennzoil, and Enron was up and running. As uses for petroleum multiplied demand shot through the roof. Drake died in poverty and the industry he helped found rolled ever forward. 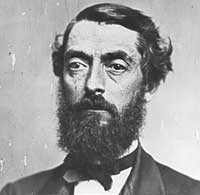 After the Second World War, vast oil beds were discovered in the Middle East. Israel was declared a nation, and world-wide demand for petroleum was astronomical. Not all nations of the former Ottoman Empire welcomed the sudden interest in their natural resources or the presence of an allied nation in their midst. Although the roots go deeper and are much more complex, the scenario was set for a crisis that has lasted for my entire life and shows no signs of slowing down.

So what does God have to do with a complex mix of hydrocarbons and other organic compounds? The unbelievable wealth generated by petroleum products has been under-girded with a religious gullibility and deeply held faith that Jesus needs some help in returning. As long as we’re waiting, we might as well get filthy rich. Politicians with connections to Big Oil and the Big Guy have it all figured out. Take all that you can and wait for the God who has blessed you so richly to come home. I still remember that refinery explosion, and some childhood memories have become paradigms and parables that have as many applications as petroleum itself. When the oil beds run dry, what will grease the axles of Kingdom Come?

Mechanical worshiper bowing down to a subterranean god