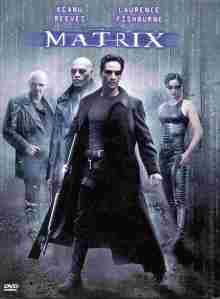 In one of the coolest homework assignments ever, my daughter was supposed to watch The Matrix. Her digital electronics class makes constant reference to the movie, so her teacher decided that in order to “get it,” those who hadn’t seen the movie should watch it. I know the film has many nay-sayers and some of the acting may not attain the highest standards, but it remains among my favorite movies. At Nashotah House, early in the dawning millennium, many students watched the film religiously. One student had it on his laptop and a small knot of his classmates would gather around just about every morning to watch before my class began. I was a bit put off by the claims that it was a “New Testament allegory,” but I have come to realize that without resurrection, the film industry in this country would be dead. American audiences (especially) crave the possibility of coming back. And even though I’m as much a sucker for a good love story as the next guy, that resurrection scene isn’t the highlight of the movie. Not by a long shot.

The Matrix has always been one of my favorites because of the basic premise: what if the world is not real? I’ve been plagued by that question for about as long as I can remember. When, in my first philosophy class, I learned about naïve realism, my worldview shifted. Who’s to say what’s real? And if someone decides to shoot me to shut me up, the lights might go out, but will there be anything left behind? Not that I believe I’m a source of energy for evil robot overlords (I get too easily chilled to believe that), but I often think about the tenuousness of it all. Our reality changes when we fall asleep, and each day we assume that a continuity is the same as the essence of our existence. There’s no way to check it, however, and I’m not entirely convinced. That’s why I like The Matrix so much. Someone else understands my deep fear that none of this is real.

The moment when Neo refuses to leave, but turns to fight Agent Smith, Trinity asks Morpheus what is happening. Morpheus responds, “He’s beginning to believe!” That line always gets me. The idea that something out there actually tips the balance on the side of good creates a longing so deep that it hurts. When I wake up the next morning, however, I see the headlines bring more suffering, more status quo ante-Christ. The last thing I want to see on the front page is Chris Christie’s face first thing in the morning. It can be a very cruel world. In one of Morgan Freeman’s Through the Wormhole episodes, a scientist suggests that a Matrix-like world may match our reality. God, the scientist suggests, may be a programmer and has coded us to live in a virtual world. The tapping of my fingers is just an algorithm. I’m not yet beginning to believe that. But if I ever do I’ll be forced to conclude that our programming deity has either a wicked sense of humor, or is just plain wicked.