It comes as no surprise, I hope, that I read lots of fiction. While not every book I read makes it onto this blog, a good many of them do, along with some I haven’t read yet. Bill Broun’s Night of the Animals is one of the latter. A suspicion is itching way down deep telling me that I’ll probably end up a fan. Part of my suspicion comes from having read a story on NPR about the book. First of all: dystopia. Need I say more? I admire those who try to paint a future with a lighter palette, but I’ve been observing the way those in power behave and it kind of makes me think optimism about improvement is just a tad naive. People are too easily lulled into apathy by things like sports and the internet. The Romans used bread and circuses. Meanwhile those in power help themselves to a bit more until you can’t even get on an airplane without a total stranger seeing you sans briefs. If I can’t be trusted by those I elect, what cause do I have for hope? But enough about me. The book’s the thing. 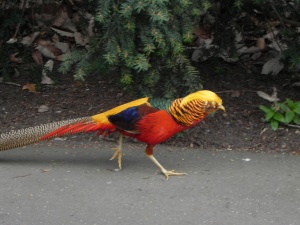 Night of the Animals, according to the NPR piece, is kind of a reverse ark. The animals in the London Zoo are understood by a man and they ask him to release them. I don’t know what happens, but I sure hope to find out. When interviewers ask Broun what it was like to spend fourteen years working on a novel, he responded in a way that, I suspect, many writers would understand. He said that it was a spiritual journey. Writing this book was his search for God. Many of us must nod our heads to that.

Concentration is becoming a dying art. I’ve written a number of books in my life—by far the greatest number remain unpublished—and I know there’s nothing like the intense concentration you experience when lost in such a world. Yes, it is spiritual. It is also a cry to be heard. As George Orwell well knew, we are the animals hoping to be heard. Zoos represent entrapment. Broun states that he wanted to explore how people are trapped in his novel. Looking at a system that rewards greed and keeps workers in unfulfilling jobs just so they can keep the system going while their CEOs buy another hotel chain or sports team and decide to run for office, I begin to hear the oinks, whinnies, and neighs all around me. And I haven’t even read the book yet.