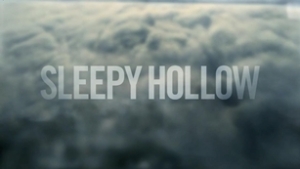 The proofs for my article on the Bible in Sleepy Hollow are now here. It will be appearing shortly in the Journal of Religion and Popular Culture. For those who know my previous academic work—hi, both of you!—this represents a departure from the familiar for me. Some years back, floundering for a teaching position like a fish that’d flipped out of the acadarium, I talked to a colleague who confirmed what I’d long suspected: study of the biblical text is dying. Face it, nobody cares about J, E, D, and P, or even Q, anymore. We’ve made our point. The Bible is a composite document with many sources that people can still tuck under their arms on the way to the polls. It’s so easy to forget that this text is the basis for so many lives and eternal plans. While we scholars have been arguing with one another, culture has moved on. That’s why I looked at the Bible in “Sleepy Hollow.”

If the Bible isn’t relevant, why bother studying it? If the main character—dare we call him protagonist?—of the New Testament says to turn the other cheek and his “followers” advocate for gun ownership it’s time to ask what went wrong. Scholars know the Bible, but do we know the Bible? Long ago meaning slipped away from academics. Consider science. We can question global warming because the science has become a topic of conversation among specialists that the rest of us can’t hope to understand. Instead of trusting that they know what they’re talking about, we politicize it. Scientific research, even in major universities, is funded by interested third parties. You know, some scholars don’t think there really was even an E after all.

The Bible no longer means what the specialists say it does. I may have spent years of my life and thousands of dollars to speak as an expert, but I soon learned nobody was listening. Meanwhile, culture marches on, somehow supposing if two Corinthians walk into a bar the rich man in his tower makes the best sense, according to the Good Book. Indeed, if you want to find out what the Bible says, all you need to do is head up the Hudson Valley for a season. Or listen to those who hand out tracts and purchase firearms. What could possibly go wrong there? My article will be out in a few weeks. If you’re one of the two who read it keep in mind that there’s more to it than meets the eye.