The weather which we’re having, showing the impact of imaginary global warming, has been quite dramatic of late. I recently had occasion to be out driving during one of the more intense weather events when the sun broke through only to reveal an impressive array of clouds heading in—all the way from the ground to the gray ceiling of the firmament itself. It was quite beautiful in a threatening way. Of course, I’ve been fascinated by the weather for years, going so far as to write a book about weather in the Bible. A friend recently sent me a story reminding me of an under-recognized aspect of witchery. Our standard cultural myth suggests witches are all about casting spells on your cow, or your family. In reality, many witchcraft accusations were about bad weather. 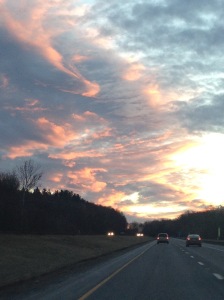 The story by Pollyanna Jones, “Storm Callers—The Art of Weather Magic,” describes beliefs in witches and weather magic. I couldn’t help but think of our current situation. We live in an age of empowered climate change deniers who also happen to be misogynists. Can this be mere coincidence? 45 and others of his caliber seems to think that women are the cause of all masculine problems, which are, after all, the only problems that really matter. The red states do seem to have a preference for the dark ages, overall. I don’t need to worry about them reading this because electricity is of the Devil and the internet doesn’t really exist. It’s amazing how liberating blinders can be. February was spring this year and April feels like January. Must be some woman to blame.

The truly tragic aspect of this tiresome repetition of misogyny parading as righteousness is that the myths behind it have been thoroughly debunked. The atmosphere’s so complex that even with all our understanding of fluid dynamics and chaotic systems we still can’t be sure what tomorrow’s weather will be like. The atmosphere, by definition, is larger than the surface of the earth and is constantly trying to adjust itself like a passenger on a long-distance commute. Yet we go from McCarthyism to Watergate to Reaganomics to 45 rpm, each one as tawdry as the previous attempts to blame the poor for the woes of the rich. “He maketh His sun to rise on the evil and on the good, and sendeth rain on the just and on the unjust,” Scripture saith. That doesn’t sit well with true believers, however. It’s much easier to hunt for witches than to deal with facts.

One thought on “Whither the Weather?”