I’ve recently taken up rereading Ray Bradbury stories from my childhood.  Bradbury’s difficult to classify, but he’s often genrefied as science fiction, but many of his stories are horror and fantasy related, or just plain stories.  One aspect upon which future readers, I believe, may pick up—and this isn’t just a Bradbury thing—is how people were projected into the future with the culture of the past remaining intact.  Things like characters smoking in the most unlikely of places.  I picked up on that the first time I watched Alien.  In space, where no-one can hear you scream, air has got to be a precious commodity.  And yet there they are, smoking in space.  Same thing with Bradbury.  The culture of the 1940s and ‘50s when he was writing such stories simply couldn’t see beyond the time when culture was what everyone did.  It seems weird in 2019.  How much weirder it will look in 2050 (presuming we make it that far).

There’s almost a “gee-whiz” quality to such stories of the past.  People in the future, and in space, drink coffee and wear blue jeans.  They may have more technological homes, but their home lives reflect the forties and fifties as well.  The women are housewives and the husbands go to the office, or outer space, to work.  I suppose cultural verisimilitude was a different thing back then.  Did nobody really consider that patriarchy might be a problem?  Did everyone think clothing would never really change?  And not a hint that vegetarianism might catch on.  What makes the future the future in these stories is tech.

These days we’re loaded with tech.  In some ways we have more of it on our person at any given moment than all of Bradbury’s space-workers ever had.  In one of his stories a character was born in the impossibly far year of 1993.  I used to watch a show called Space 1999.  We haven’t colonized the moon yet (we may be working on it, but considering how long things like an obvious impeachment take, I wouldn’t hold my breath).  Speaking of holding breath, I’m pretty sure some of the characters were smoking on Moonbase Alpha.  Or my memory is cloudy.  (The earlier, and more lasting series Star Trek pretty much avoided several earth-bound habits, although Captain Kirk was pretty fearless when it came to the possibilities of space-spread STDs.)  I read Bradbury as a throwback to my childhood.  His stories have both an prescience and naivity that make them compelling period pieces.  From our current standpoint, one wonders if there will be any culture left at all in the future.  Perhaps we should enjoy what we have, while we still can. 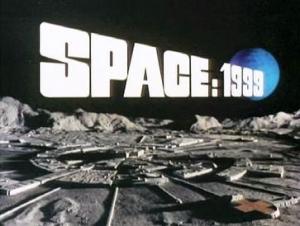