This is it.  It’s here.  Today marks the winter solstice, the longest night.  Those who campaign to keep Christ in Christmas prefer not to acknowledge that the date of said holiday was an attempt to displace Sol Invictus, the Roman (therefore pagan) celebration of the invincible sun.  The Romans, like other ancient peoples, celebrated the return of light, albeit slowly, from darkness.  While teaching at Nashotah House a colleague mentioned being “almost pagan” in the eagerness for the return of light.  You can strike the “almost.”  Deep down we all look for signs of hope in dark times, whether Christian, Muslim, or Hindu.  “The people who walked in darkness,” Isaiah rejoiced, have seen light.  Sometimes light comes from an unexpected quarter.

There are two high circulation Christian magazines: Christianity Today and The Christian Century.  The latter is more progressive and was launched as an answer to the former.  One of the founders of Christianity Today was Billy Graham and its readership is largely evangelical.  Just yesterday Christianity Today ran an editorial stating the opinion that Trump should be removed from office.  If I were a card-carrying member of the Republican Church, I’d be trembling.  Long touted as “Trump’s base” evangelical Christians have found themselves besieged by the flagrant and constant contradictions their party has thrown them.  Fear of divorce was enough to keep at least one woman I know in an abusive relationship for years.  Now a thrice-married, philandering man who pays hush money to keep his affairs secret is upheld as the new Messiah.  Many of us who grew up evangelical were certain that their old tribe simply wouldn’t cotton onto a straw man.  But  cotton they did.  They’ve become the very lint in his miserly pockets.

Those encrusted with hardcore hatred, of course, will not be swayed.  They’ve found a poster boy who says it’s okay to claim white male supremacy.  They can pick their political issues (usually having to do with protecting the unborn or the right to shoot those already born) and they can be certain that this protean protestant will have their posteriors.  Their leadership, however, has begun to show itself clearsighted.  Christianity Today is no friend of liberal Christianity.  The editorial makes it clear that Democrats had it in for Trump from the beginning.  There is, however, absolutely clear evidence of his crimes.  Even as southern senators state outright that they have no interest in seeing a fair trial, their base is speaking up.  Tonight is the longest night of the year.  Tomorrow it will be a little bit lighter than today.  At this time of year we fervently hope that the light will continue to grow. 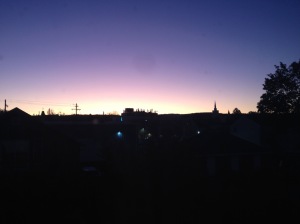 One thought on “Shortest Day”