For some reason I seem to have less time during lockdown than I had during whatever the opposite of lockdown may be.  Still, papers pile up and I have to sort and file them.  That’s when I saw three letters.  (You know, I like the Post Office.  I always enjoyed going to our local as a kid.  There was an air of expectancy, even before Amazon.  And stamps were a kind of passport to another reality.)  Once in a very great while I receive something interesting in the mail.  These three letters were examples.  Mostly they were examples of how little companies, and even the United States government, actually knows about me.  I keep going to the mailbox hoping the toilet paper I ordered from China has come.  Instead, strange letters.

One was written entirely in Spanish.  Now I’m no “English first” fan—I’ve spent far too much of my life learning other languages to suspect that one is superior to others—but my Spanish isn’t exactly pristine.  I wasn’t really even sure what the letter was about, and I wondered how my surname in any way suggested I needed a different language in which to do my business.  I don’t know why I saved the letter.  Maybe I figured I’d get around to translating it some day.  When there’s time.  A second letter was from a former employer of some seven years ago, informing me that I had been assigned a new password for the network.  Now this surprised me.  When said company asked me never to return, they intimated that I had to relinquish all proprietary information.  I wasn’t to try to get back into their systems.  In fact, it was their blocking of my account at work that was, in hindsight, the first hint that I was no longer an essential worker.  A couple weeks later another letter told me the previous missive had been a mistake.

The third of the letters came from our own government, if that’s what you can call it these days.  It explained to me that if I looked into my bank account I’d find some money they had magnanimously decided to return to me from the thousands and thousands I have given them unstintingly over the four decades I’ve been working.  This letter, like much from the government, really served no purpose.  Well, it was entertaining because it had a facsimile of 45’s signature on it.  And the toilet paper hasn’t arrived yet, so I think this particular letter may be very useful indeed. 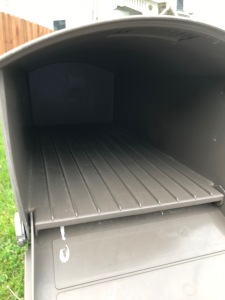 One thought on “I Saw Three Letters”