I watch a lot of movies.  Well, I used to before the pandemic stole much of my free time.  We have a closet full of DVDs.  At least they’re not VHS tapes.  The problem with VHS tapes was that they wore out with continued playing.  I’ve read that magnetic tape is still the most stable storage medium, but the DVD, with no moving parts, seemed like an improvement.  Lately we’ve had several DVDs go bad.  I’m not sure that I wanted to know there were such things as disc rot and laser rot, but there are.  And some of these were discs that weren’t cheap.  The alternative these days is streaming.  The problem is streaming services go out of business and you’re left without money and without the movie.  There’s a reason vinyl’s coming back, I guess. 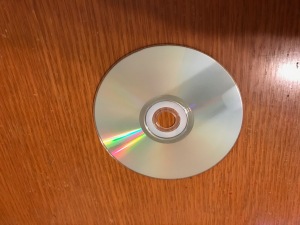 Remember when you had to wait to see a movie?  When you had to either see it in a theater or wait years until it was broadcast on television on a certain channel at a specific time?  You lived your life normally, and the movie was a rare treat for those who had specific fare in mind.  Now we get movies “on demand.”  It’s death by a thousand cuts, though, since if you’re really in the mood for a film that’s not on Netflix you’ll pay to see it on Amazon Prime.  Used to be you can buy a disc—a one time expense—or was it?  Chances are in the early days you were replacing a VHS tape you’d already bought.  You may’ve sighed in relief when UltraViolet came along.  But you’d have sighed too soon.

These things bring eastern and southern Asian religions to mind.  (Consider the source.)  While I’m not an expert on the religions of east and south Asia, I’m familiar enough to know that their basic concept is that the only thing permanent is change.  Western societies are built on the demonstrably false concept that a steady state is permanent and that change comes once in a while.  In fact, our entire worldview is based on things remaining the same.  Perhaps that’s why conservatism is such a strong force in western thinking.  It is, however, an illusion.  The pandemic has given the lie to our steady-state thinking.  And if you cope, as many do, by watching movies you’ve probably signed up for a subscription service or two.  It will serve you well, for the moment.  You certainly can’t run to Blockbuster to pick up your favorite flick any more.  If only I had more time, a movie might have the answer.