It was in Wisconsin. Oshkosh. I was teaching for a year in a replacement position, and my roster of classes at the university covered several aspects of religious studies. During the course of prepping a course, I first saw it. The Flying Spaghetti Monster. It was only a virtual Flying Spaghetti Monster sighting, but since Creationism was much in the news in those days, I boiled with curiosity. By now it would probably be a strain to explain the whole thing, since everyone knows about his noodly appendages and predilection for pirates. The short story is that the Flying Spaghetti Monster was an invented deity to demonstrate the ridiculousness of trying to get Creationism taught as science in public schools. For those who believed in other gods, such as the FSM, there should be equal time in the classroom, the argument went. Since that time Pastafarianism has taken on the semblance of a real religion with “believers” earning the right to have driver’s license photos taken with colanders on their heads, and even a book of scriptures being written.

An Associated Press story from Sunday’s paper tells of the world’s first known Pastafarian wedding. Bylined Akaroa, New Zealand, the blurb indicates that the Oceanic nation down under has decided that Pastafarians can officiate at weddings, and a couple was married with al dente accoutrements. The Church of the Flying Spaghetti Monster, it seems, is going the way of the somewhat more serious Jediism and Avatar religions in that people are deliberately electing fiction as their faith. Interestingly, this may not be a new phenomenon. We are told, for example, that Zarathustra deliberately outlined a new religion—one that may end up having had the greatest impact on humanity of all time, if roots are considered. In those days the strict division between fiction and fact may not have been a mental filter yet discovered. The “it really happened” test of religious veracity was still some distance in the future. Metaphor meant something then. 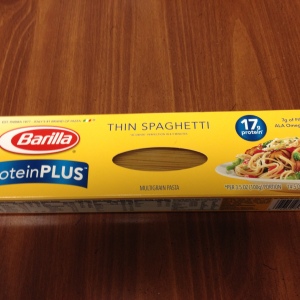 The internet, it seems likely, has facilitated and accelerated the appearance of new religions. As with most things, the real issue comes down to money and power; if a government recognizes a New Religious Movement as legitimate, it may be granted tax exempt status. And how can it be proven that someone really does or does not believe what s/he says s/he does? If you’ve got a box of Barilla on your pantry shelf, who’s to say? It’s a short distance from that colander in the cupboard to the top of one’s head. And who doesn’t like pirates? And who’s to say that under that rotelle moon in a stelline-studded sky someone hasn’t indeed kissed their hand and swore the ultimate starchy allegiance? Keep watching the skies!

2 thoughts on “Prayer before Meals”