If a horse can be made a senator, surely an ass can be made a president.  History can be unkind to those who think too highly of themselves.  It’s a horse of a different color than Incitatus that’s on my mind today.  This past week I read a news story in the Washington Post about Justice (there may be some double-meanings here, so hold onto your horses).  Justice used to be called Shadow, and Shadow was an abused horse.  Justice is now suing his former owner.  The story explores the question of whether animals can sue.  As a vegan for moral reasons I can see the point, but I also have to wonder how you defend those who have no voice to be heard, kinda like the electorate in the sham of a democracy.  How do we know what a horse really wants? 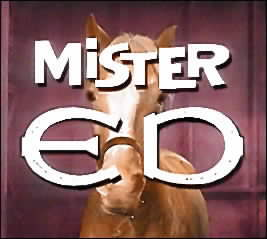 If horses could draw or sculpt, Xenophanes quipped, their gods would look like horses.  Asses, it stands to reason, worship one of their own.  Animals should have rights, but the difficult question falls onto our species—how do we know what they want?  Anyone whose spent time with animals knows that they think.  I can see a cat in a neighbor’s yard from my window.  Separated by a flimsy-looking hurricane fence is the next yard over where two large dogs often prowl.  If the cat and dogs happen to be out at the same time, there will be barking and braying but the cat will not appear to show concern.  The way my heart hammers at those barks, however, I have to suppose my feline friend also feels a bit of fear at the threat.  The cat must decide how to act, but it also must know that a barely visible fence keeps the canines at bay.

What does Justice want?  It’s a loaded question, for sure.  As much as we wish there might be, there is no Lorax to speak for the trees.  Or horses.  Nevertheless it’s obvious that horses think.  Perhaps like Job, Justice wondered why he was being punished after being a good horse.  The church magnanimously grants that animals cannot sin, after all.  One must wonder, however, about breeds developed by human engineering to be destructive, but that’s another parable.  While Justice might be given a day in court, and might win a cozy stall and protection from the elements, those of use bound by language will never know if justice has been served.  The limitation is our own.  Just ask Balaam.