The Enlightenment led, in some respects, to a condescending view of the past.  Historians know, for example, that the basics of science and engineering predate the Middle Ages.  Just consider the pyramids.  The people of antiquity were anything but naive.  We tend to think in Whiggish ways, despite our awareness of past achievement.  Perhaps it’s because we misunderstand past religious thought.  After all, the Enlightenment is generally understood as freeing the human race from “superstition” and leading to empiricism.  Empirical thinking had been there all along, of course, only it hadn’t been the sole way of making sense of the world.  Consider, for example, the “idol.”  In the biblical world food was left for statues of the gods, but it seems to me that people were smart enough to figure out that images didn’t actually eat it.

Elaborate rituals, of course, attended the making of gods.  These symbolic actions were said to make this object more than just a piece of wood, stone, or metal.  Assuming it required food, however, strains credulity.  The symbolic nature of the offering, however, was accepted.  The same is likely true of the offering of food to the deceased.  Even in ancient Israel the time-honored practice of leaving sustenance for the dead was carried out.  Was this symbolic rather than naive?  I tend to think so.  Reason told the ancients that the dead ceased to move, and therefore to eat and drink.  It was nevertheless a sign of respect to leave food, which, in a world of frequent malnutrition, could have been put to better use.  It was a symbolic sacrifice.

Surely they didn’t understand the fine interactions of nature that require microscopes and telescopes to see, but their knowledge relied on the divine world to address what remained mysterious.  We still, for example, have difficulty predicting weather.  We understand that the atmosphere is subject to fluid dynamics and countless minuscule factors that contribute to it.  We’re also aware that global warming is a reality.  Like the ancients we can choose to ignore, or pretend that the obvious doesn’t exist.  Like them, we do so for a reason.  Our political leaders are unwilling to stand in the way of the wealthy.  Reelection and all its perquisites—including personal enrichment—are simply too enticing.  Empirical evidence is worth ignoring for such emoluments.  When we feel tempted to assert our superiority over those of past ages, we might pause to consider that we still offer food to idols.  And get just as much in return. 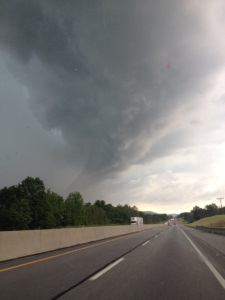