Having spent a good bit of the past week in waiting rooms in Ithaca, I fell to reading Tompkins Weekly, the free local community paper.  If you’ve spent any time on this blog you’re no doubt aware that I have an interest in the weird and unusual.  Although I got teased rather mercilessly for this as a kid, thanks to The X-Files such interest has become somewhat mainstream.  In any case, after fumbling with the crossword and finishing the sudoku, I read an article about dowsing.  Now Tompkins County is the home of both Cornell University and Ithaca College, so I was a little surprised in finding such a topic addressed at all.  What’s more, the usual ridicule expected with anything even approaching the paranormal was lacking. 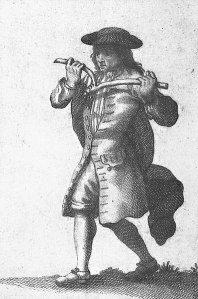 Dowsing is the practice of finding water, or other underground resources, by using a crotched stick or dowsing rods.  A larger version of the quantum “spooky action at a distance,” dowsing is said to produce an effect on the twig or rods that will point to the hidden source.  Like ESP it is decried by mainstream science yet used by some governments when other methods fail.  As an example of “folk wisdom” dowsing occupies a similar, if less conventional, space to religion.  Scientism has taught us not to trust the invisible.  Scientists, however, are well aware that we can’t see everything.  We slide a finger around our collar, however, when something “unscientific” seems to work.  As the dowsers explain, however, there is a kind of science to what they do.  Problem is it doesn’t work for everyone.  Only some people can do it.

Now I’m not a credulous person.  I spent many years and even more dollars learning how to be a critical thinker.  Skepticism, however, leads me to ask how we know that dowsing can’t possibly work.  Have we discovered all there is to know in this infinite but expanding universe?  With finite minds it seems highly unlikely.  Duke and Princeton Universities once studied parapsychology in an academic setting, and the University of Virginia has left some related areas open to investigation.  The real problem is that we’ve been taught to laugh at anything we’re told to.  The US Navy, for instance, has recently revealed that it takes UFO reports seriously (unlike Project Bluebook).  We’ve been laughing so long it’s difficult to take even the military at face value.   Does dowsing work?  It’s difficult to say without all the facts.  Of course, I’ve been sitting in a waiting room, pondering what we don’t understand.