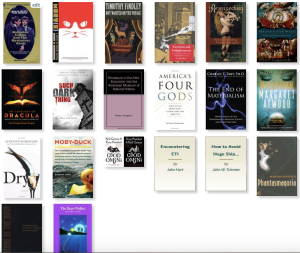 It’s the end of 2015 and looking at my records on Goodreads it looks like I read 100 books this year. That tends to be my goal mark, but after twelve months of reading I like to think back over which were the books that have made the biggest impact on me over the year. Joe Bageant’s Deer Hunting with Jesus remains on the most important list. It is joined by Andrew Newberg’s How God Changes Your Brain, Spencer Wells’ Pandora’s Seed, Alice Dreger’s Galileo’s Middle Finger, and Paul Levy’s Dispelling Wetiko. Bageant, Dreger, and Levy especially address some of the root causes of social ills and even make suggestions about how to address them. Newberg offers advice on how to improve brain functioning and Wells taps into the ever-important issue of care for our planet. I read some good academic titles as well: Diana Walsh Pasulka’s Heaven Can Wait, Darren J. N. Middleton’s Rastifari and the Arts, and Ronald Hutton’s The Triumph of the Moon. 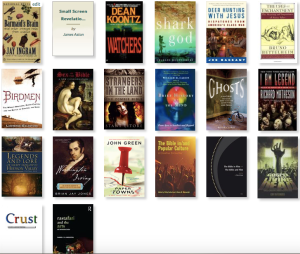 Being a religionist, books with supernatural themes are always of interest. Among these I found intriguing Michael Murphy’s The Future of the Body, David J. Hufford’s The Terror that Comes in the Night, Ardy Sixkiller Clarke’s Encounters with Star People, and Jeannie Banks Thomas’s Putting the Supernatural in Its Place. It seems important to have reasonable people address unconventional issues. These are related to books on monsters, noteworthy among which were: M. Jess Peacock’s Such a Dark Thing, Kim Paffenroth’s Gospel of the Living Dead, Brenda S. Gardenour Walter’s Our Old Monsters, and Lisa Morton’s Ghosts. Long ago I realized that I no longer needed to justify including monsters or the supernatural categorically with religion. They share too many roots to be separated out artificially. 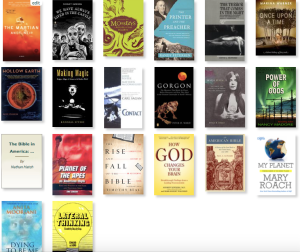 Finally, it was also a year of novels. Pride of place here goes to Robert Repino’s debut, Mort(e). I am compelled to mention Margaret Atwood’s MaddAddam, John Green’s Paper Towns, Shirley Jackson’s We Have Always Lived in the Castle, and Valerie Martin’s The Ghost of the Mary Celeste. Although I’m not much of a fantasy reader, Tod Davies’ The Lizard Princess has stayed with me since reading it. For any of these books you’ll find an individual blog post from this year. That’s not to say that other books I read weren’t good. Nearly every book I post on Goodreads has a write-up here. I tend to like most books I read, although I’m occasionally disappointed when a book does’t reach its full potential. 2015 was a rich year of reading and I’m looking forward to a very literate 2016. 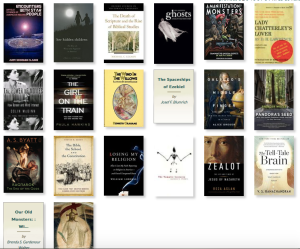